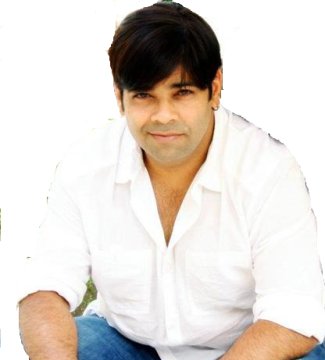 Talented actor Kiku Sharda who is currently seen in Comedy Nights with Kapil on Colors, F.I.R on SAB TV and in Akbar Birbal on Big Magic. He is has gained immense popularity for his comic timing in all the shows, he is loved for his female character of Palak. He is all set to shake his legs in dance reality show Jhalak Dikhla Jaa season 7 where he will not be seen as Kiku but will be seen as Palak.

We got in touch with the actor where he shared about his time management and more...

As you have participated in Nach Baliye season 6 with your wife and now in Jhalak Dikhhlaa Jaa Season 7 with a choreographer, so what is the difference and with whom you were more comfortable?

With every different girl it's always a good experience (Laughs). Well apart from the jokes there is a lot of difference in dancing because Kruti is a trained and a great dancer. When I was dancing with my wife I used to be relaxed as till the time she used to learning steps I used to take rest and sit but here she doesn't have to learn the steps as she knows all the steps and I don't get time to sit and relax. Waha mai apni biwi ke isharo pe naach raha tha aur yaha actually inke isharo par naach raha hun. Well as far as comfort zone is concerned, the one thing which needs to be looked upon is when we are dancing we don't bother about comfort and all but our entire concentration is on dancing as we have given our best. There we husband and wife were working really hard and here also we are working hard only the difference is we both were putting more efforts as we both were non dancers and here I am dancing as a contestant with a choreographer who is great dancing where she has to take the efforts to teach me and I am finding little difficulty to match up the steps with Kruti.

As we have seen that you will be dancing as Palak on the stage of Jhalak Dikhlaa Jaa, so will our audience be able to see the real Kiku on the stage or not?

This even I don't know, because I don't have an answer for this question as of now but may be or may not be. Let's see what will happen in  the future.

You are doing many shows and in all the shows you have created a distinct identity like in F.I.R the character of Gulgule who is famous for getting slapped, Palak getting insulted by Sharmaji and even in the reality show you are not seen as Kiku, so what is the idea behind it?

I try my level best that whatever work I do, I try to make my audience laugh after watching any episode and they must feel and say that mazza aaya aur khushi hui. If it is because Kapil Sharma insults me and I say him talk to my hand or something else but our main motto is that wherever people watch the episode, people become happy and tend to laugh and enjoy it. It is for them that we are ready to do anything.

Yes that true that I am already doing three shows and made my schedule tight. I knew that I will have to juggle between these three shows. But later in the middle I got offer from Jhalak and Jhalak has been a show which I wanted to do from many years because I have been watching Jhalak for many years and I enjoy it. I always used to think that kab Jhalak mujhe approach karega because I loving dancing as it is my hobby. So I really wanted to dance and there is no reason to deny the offer of Jhalak only the point was that Jhalak came at that time when I was already doing lots of shows. So this period of 3 and a half month which I will spend with Jhalak will be tough as I will have to juggle with my lots of work but I am ready to do it as I am a hard working person.

Talking about time management, it is very difficult because dance karna asaan nai hota it is very difficult. But I am trying hard and I don't think much about it because it will create pressure. I will do it happily aur jitna hoga utna karenge, everywhere I will do hard work and I just want that my work in any show doesn't suffer due to this extra work which I have accepted. For that I am trying hard and I hope that everything will fall in place. And I believe in that phrase that 'A busy man has time for everything', time nikala jata hai nikalta nai. 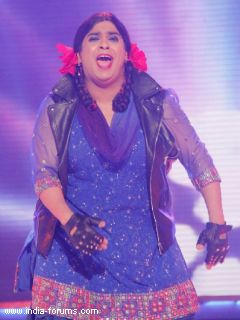 You do comedy and dancing is you hobby, so what you enjoy more?

Frankly I enjoy both equally, dancing as well as doing comedy. Mai dance utna hi enjoy karta hu jitna comedy. But yes due to my physique, my stamina, my fatigue and I have to put lot of physical efforts while dancing and comedy is done easily as compared to dancing but I enjoy both equally.

Palak's character is becoming very popular nowadays so don't you think so that it will become difficult for the audience to accept you in different character in future?

No I don't think so that there is anything as such, mai nai manta because today if you see anything like if I am playing the character of Gulgule's character in F.I.R and the show is on air for 7 to 8 years and if I give so many years to only one character that doesn't mean I will stick to that character. There will be more characters coming up in between that in fact I am happy that in my lifetime I have done some characters which will be remembered and I think Palak is a very important and interesting character which I have attempted in my acting career. It is a female character little difficult to carry something like this but I am happy that I have carried it and is also appreciated. So aise koi chaap nai pad jati, now also I do character of Laccha in Comedy Nights which is also been appreciated.

kalin56 6 years ago Hats off to you kiku sarda for portraying this palak character and dancing. Should dance as yourself after 1-2 episodes

pinkpearl5 6 years ago Wow! 4 shows together! :0 Hats off, Kiku! :D Now that is commendable! :) Good luck for Jhalak and all the shows you are a part of! :) You're doing great in CNWK as Palak!