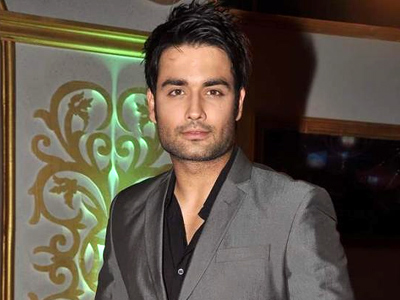 Plummeting TRPs and insistent fans reportedly forced creative team of Madhubala - Ek Ishq Ek Junoon to devise a new method of sneaking Vivian Dsena back on the show. But the actor doesn't want to be tagged as a "TRP booster" and says he has returned just for the producer.

Vivian, who shot to fame with his volatile edgy character RK in the show, says he was resurrected on the soap for practical reasons.

"Well, I heard the rating had begun to drop after I left. But I don't want to see myself as a chart-runner or the TRP booster of 'Madhubala'. That's too much pressure on me and also a little vain," said Vivian.

"I will say one thing, though. I came back on the show only because the producer Abhinav Shukla asked me to. He was insistent that I return. I couldn't say no to him. And now my fans are bombarding Abhinav with thanks for my return on various social networking sites and Twitter. He feels stalked," added the actor.

Post Vivian's exit, apparently the show's TRP plummeted and to save it from shutting down, Vivian has been reintroduced in the show.

Does all this adulation give Vivian a swollen head?

"It is actually very sobering. I see my return to 'Madhubala' as a sign from god. He wants me to be part of this show. As long as He wants it no one, not even I, can get me out of 'Madhubala'," said the actor.

The show has taken an 18-year leap and Vivian is introduced as a mentally challenged person in it.

"This is the first time ever that an actor has returned to a serial playing a character totally unrelated to the one played earlier. It's a challenge for me and for the team to fit me in."

He denies differences with his co-star Drashti Dhami.

"We work well together. After that she goes her way, I go home to my wife. That's the way it is. That's how it should be," he said.

-Mishu- 6 years ago Drashti Dhami Rockzzz!! Love you DD !! you are a rockstar!!

amandadsouza95 6 years ago Vivian Dsena u were awesome as RK/Rishabh Kundra, n ur superb as Raju. U look adorable n cute, wen u play the role of Raju. I loved u a lot as Abhay Raichand in "PKYEK", RK in "MEIEJ" n now loving u more as Raju. Ur such an awesome person. Drashti Dhami n Vivian Dsena r awesome as Madhu n Raju!!!! DVD/Rishbala/Rajbala Rocks!!!! Sanjay Choudhary Attacked By Goons; To File a Police ...
44 minutes ago