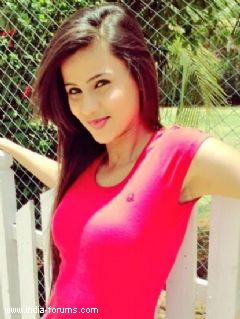 Summer is here and the rise in mercury has made everyone start feeling the heat. Our TV celebs too are not spared and they follow some tips to take care of their skin and fitness during summers. TellyBuzz speaks to your favorite celeb to know more about their summer choices and the tips they follow to stay cool during summers.

Today we got in touch the pretty Vrinda Dawda who gained immense popularity by playing the character of Taani in Channel V's much loved show Dil Dostii Dance. Here is Vrinda talking about her likes and dislikes about summers along with giving tips to her fans.

The perfect summer wear for me is... Cool breezy one piece. I can't afford to be tanned so I prefer not to wear short dresses. I prefer to wear light cotton clothes during summers. Cotton clothes are the best for summers.

Shooting during summer is...  Outdoor shoots during summers are a biggest punishment for us because we can't back out from our work and we have to give our 100% along with looking good with our make-up. We have the tension of getting tanned and we also sweat so I feel it's a punishment for us shooting outdoor. Recently I just shot for my music video in Jodhpur and it was extremely hot there. I have to wear short skirt for the shoot so I had the tension of getting tanned and I used to go and stand in a shed in between the shot. Indoor shoots are okay during summers as we have ACs but outdoor shoots are really a big punishment for us.

Things I carry along during summer... I always carry a bottle of water in my car and tissues in my bag. It's very important to keep yourself safe from getting dehydrated so it's a must to carry a bottle along with you. Heat consumes a lot of our energy even if we aren't doing anything. So, it's good to drink lots of water during summers.

My favorite summer drink is... Sugarcane juice; which I never drink in any season but I love to have it a lot during summers.

My beauty regime during summer is... I do rub an ice-cube on my face before going to sleep at night every day. I keep on washing my face too from time to time as it's very necessary during summers. It's also good to use rose water on face during summers which is also good for skin to keep it cool.

One summer tip... Don't dehydrate yourself; have lots of water, eat good and healthy food. If you love Mangoes then don't hesitate having them as much as can because there is only one season for Mangoes. I love to have Mangoes a lot. Take care of your health and skin; apply sunscreen as it prevents your skin from getting tanned. Keep yourself cool, have chilled drinks and food. Take care of yourself and be cool in summers.

divzcool 6 years ago vrinda dawda rockz...loved u as priya in yha

princess_priya3 6 years ago Thank you for such cute article..
Vrinda Dawda rocks..

PVA1 6 years ago Thank you for the article...
Vrinda Dawda rocks..

sheethalmary745 6 years ago Thanks for this article. Hope for more articles about vrinda di

Miss u Vrinda Dawda
you are the best di

taanitaarey 6 years ago Thanks for artical
miss u vrinda dawda