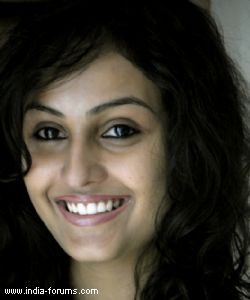 Archana has also been offered a lot of shows recently. On the same we got in touch with the actress to know on what makes her for declining the offers for the shows that she is being offered and how much is she enjoying being a part of Qubool Hai.

She is not looking forward to take up any shows on TV as she is very much happy to play the character of Nikhat, Archana says, "There are a lot of shades I am getting to play through my character Nikhat and it enhances my acting skills too. I have got a lot of appreciation through this show and also for my character. People are liking my character. Hence I am not looking forward to take up any shows at this moment as I am very much happy with this show."

Further she elaborated saying, "I have been getting a lot of shows, all because of my character Nikhat that I am playing in the show Qubool Hai, but I am not keen towards taking up any shows at this moment. I am very satisfied with this show. Recently I and Ashish Sharma were also offered the dance reality show Nach Baliye season 6, but due to our hectic time schedule we couldn't take up the show."

Well as much as Archana Taide loves playing her character, we too love to see her as Nikhat in the show.
Krishma Solanki

6 years ago Ashish Sharma and Archana Taide the most adorable couple. Stay Blessed

7 years ago Ashish Sharma and Sanaya Irani,
Both of you look awesome in RR first promo
Keep on rocking Team RR
Good luck and all the very best with RR

NIDHIRAJSHARMA 7 years ago luv u archana. luv u as nikhat.
qubool hai rocks.
ksg and surbhi jyoti is the best. luv u both.

+ 4
7 years ago Keep being a part of Qubool Hai Archana!
Love you!
Love Karan Singh Grover and Surbhi Jyoti

7 years ago Ashish Sharma and Sanaya Irani,
Both of you are just awesome in RR first promo
Keep rocking Team RR
Good luck and all the very best with RR

+ 4
7 years ago Archana Taide is great as Nikhat
Feel sorry for her character though
Qubool Hai rocks!!