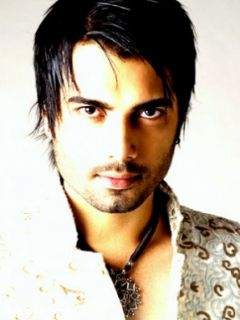 Post his role in Mann Kee Awaaz Pratigya as Krishna Singh, Arhaan Behll got critically acclaimed for his acting talent. He managed to win the hearts of the audience through his debut show. Arhaan who is seen as Raghu in Film Farm's popular show Do Dil Bandhe Ek Dori Se, is very much dedicated to his work and gives his best to portray this character with perfection.

TellyBuzz spoke to Arhaan to find out more about his character, his association being a part of the show and much more...

How has been your experience playing Raghu so far?

It's very good and I love it because after playing Krishna and doing Fear Factor this is something different that I have got to do. I always wanted to play a character which is grounded, down to earth and a very real character with whom people can relate. This is the one character which I have got and I love the evolution of this character.

How has been your character evolved so far?

One trait of Raghu that Arhaan would like to acquire within him?

I think most of the traits of him are already acquired by me. Just like Raghu, I am also very patient in real life. I am not too much into talking; I am a quiet observer. I like to sit quiet and listen to everyone; I speak only when it is required and Raghu also has this quality. The other things are also relatable but when it comes to sacrificing and other good qualities of Raghu it becomes little difficult for the people to believe, as Raghu is a fictional character and people like Raghu are hard to find.

How different are Raghu and Krishna from each other?

Recently you have shot for a fire stunt sequence. Tell us something about it.

It's a very interesting sequence as we all know that Raghu is not financially sound and he always wants to help people. The accountant of the company Mr. Govindji's son is suffering from cancer and since Raghu is so compassionate, he wants to help Govindji and his son. When he tries from all over and doesn't get money then he tries to go for this stunt in which he has to put himself on fire and jump. I could only do half of the stunt on my own because of my back injury and it's going to take another 1-2 months for me to recover.

How is the off-screen life on the sets?

It's amazing. The entire team and my co-stars are lovely and we are just like a family like we all were in Pratigya. Everybody here is so adorable and we all have a great time together and sometimes, we just don't feel like going back to our home because of the fun we all have here. 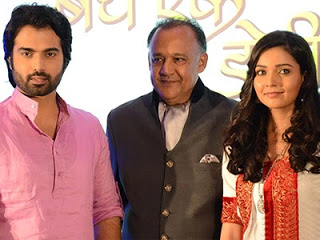 What kind of feedback you get from your fans?

The feedback of my fans is something which encourages me and this is what keeps me going. The way they keep giving me their feedback by mailing and messaging me is something like a drug for me; I have become addicted for that. It's a force which is amazing and it's like every day prayer for me. I have become little active on social media these days and checking my mails. I love reading messages that I get from my fans. I get good messages and I love the criticism also. I am surprised by the detailing they do for every scene which I thought that I only know about it while performing but they catch everything and mention those things in the messages which is amazing. I love all my fans and want to thanks them from the bottom of my heart.  I just love the passion they have for following me and my show. I feel this as very lovely and this is something that I cannot return back to them through any source which is the saddest part but the best part is to keep getting such feedback from the fans.

What kind of other offers you get?

We keep getting offers. I am an actor who takes time to decide and likes to concentrate. I give my 100% once I decide something on it. I was deciding upon some shows and movies and finally said a Yes' for this show. While I am doing this show, I won't let other things distract me. I am totally focused on this now and I avoid taking part in some other events for which I get offers because I want to give enough time for this show because I believe in doing my homework thoroughly.

Keep up the good work Arhaan!

7 years ago DDBEDS the best show...like Arhaan's honest reply to all questions...

7 years ago Arhaan Behll you are very talented . Mansi Shrivastav is doing an amazing job in Do Dil Bandhe Ek Dori Se.

7 years ago Thank u for giving such a nice interview, arhaan behll is a dedicated actor. DDBEDS always rocks.

7 years ago Wonderful interview of Arhaan. Thanks TB. DDBEDS rock...we love you ArSi

7 years ago Thanks for amazing interview of Arhaan Behll... please keep them coming..

7 years ago You are awesome actor Arhaan behll. DDBEDS rocks. You are a brilliant actor and a very nice human.

laav 7 years ago Thats indeed a great interview.We are waiting for Ur interview since a long time.Ur acting is Amazing.All the best for ur Future Arhaan..:)

7 years ago You are the best Arhaan Behll :)
Loveee you &lt;3