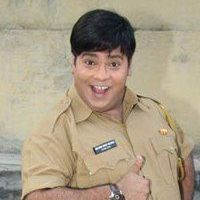 Coming from a typical Marwari business family with no connections in the entertainment industry, it is a big achievement for Kiku Sharda today who has become a household name due to his numerous avatars on Indian Television.
His first show on Indian Television was Hatim in 2003 and he completed 10 years in the Television industry in 2013, a year when he was seen in multiple shows which increased his popularity. Continuing with the same this year too Kiku will be seen in the highly popular dance reality show Jhalak Dikhla Ja Season 7 on Colors and on Akbar Birbal on Big Magic.
It seems that Kiku will be seen in Jhalak as the character Palak in Comedy Nights with Kapil, Kiku is not ready to talk about his stint as yet. He instead wants to focus on the work he is currently doing and is excited about the new show Akbar Birbal where he plays Emperor Akbar. "I am really looking forward to the show as it is the first time something like this has been attempted. It is a comic look at a known historical but at the same time we have added new elements to it to make it more interesting in a fun manner. We have also maintained that it is not an adaptation of the original story and in fact there are new characters which will be more interesting to watch."
Out of the ten years in the industry Kiku has been a part of FIR for the past eight years but says he never feels bored of the show, "It does tend to get repetitive in FIR sometime but then we try to do something new every day. In fact the ten years have been a wonderful journey and I get the time and energy to do so many things is because I love doing what I am doing. I might be shooting the entire day too but then I enjoy every minute of it." 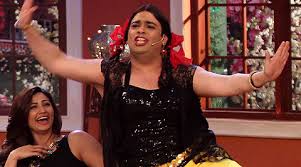 The versatile actor is talented enough to be one of the best dancers we have seen. This despite the fact that Kiku has never learned dance. It is an inborn talent which he is proud of he says, "I come from a traditional Marwari business family and all this acting, dancing is not a regular thing for them. However, I was always inclined towards dancing since my school, college days and even now dance uninhibited at parties. Everyone would say I should do a dance reality show which finally happened with Nach Baliye 6 and that too with my wife Priyanka who loves dancing. We enjoyed that experience too and we will be seen performing in the grand finale of the show."
All these shows and the fantastic response he has got in each of them has guaranteed not only success but also got him loads of fans who love him a lot. Kiku has just started experiencing this phase in a successful actor's life too, "I get a lot of love and I feel humbled when people try to reach out to me. Earlier too people knew about me but now especially after my Palak Lachha acts in Comedy Nights with Kapil the craze has increased. They have seen me in a girl's getup on the show but they still recognize me when I am in my normal attire. It is sometimes scary too when they come knocking at my window wanting to talk to me when I stop my car at the signal but it is also fun. I am obviously loving all the attention and for them I guarantee that I will try to do my best."
So what happens when he starts Jhalak? "Well, let's wait and watch but if that happens I will not leave any of my shows as I love all of them. I have a strong association with FIR and infact with SAB TV, while Comedy Nights with Kapil is a different high altogether and Akbar Birbal is a new show which I will not discontinue so you will probably see me everywhere!" laughs Kiku.
Well Kiku we don't mind it at all so keep up the good work of making us rolling in laughter!
Seema Khot Mattoo
0 Likes

Palak is good in CNWK, but don't do overacting. Kabhi Kabhi Ho Jata Hai, we understand.