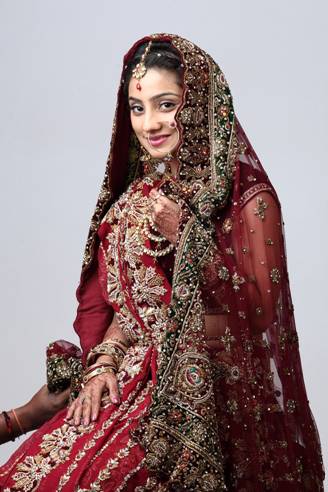 In an exciting new twist on Zee TV's popular primetime drama 'Doli Armaanon Ki', the lead protagonist Urmi (played by Neha Marda) will soon find out that her neighbor Chhavi's husband is cheating on her with another woman. While a women's group attacks the other woman in question, Urmi raises some extremely pertinent questions - As women, instead of attacking the other' woman, does it not occur to you to question Chhavi's husband on why he chose not to respect the vows of his marriage? Why always only blame the other woman? Is a man less accountable for his actions?  Is it not Chhavi's husband's responsibility to preserve the sanctity of his marriage and stay faithful to his wife?

Without a doubt, Urmi's rational, progressive take on the issue is bound to create a stir with her male chauvinistic, sexist husband Samrat (played by Mohit Mallik). He will slam her down for having unduly interfered in a matter that was not her business to begin with. He will firmly oppose her views resulting in a showdown that will see Urmi pack her bags and walk out of her sasuraal.

Speaking of the transition in her character Urmi's graph, Neha said, "I am extremely glad that Urmi is now beginning to assert herself as a woman in the upcoming track of the show. So far, as a new bride, her journey with Samrat post-marriage has been one of disillusionment, disappointment and letdowns, wherein she has had to constantly adjust and come to terms with several aspects of Samrat's personality that jar with her sensibilities. Many of her hopes and dreams of finding a loving, sensitive and supportive life partner have been crushed with Samrat's outdated, sexist and typically chauvinistic views on the man-woman relationship. In the coming days, viewers will be happy to see her refusing to bow down to his whims and fancies. She isn't about to be pushed around. She has a mind of her own and will assert her own views, even if this means ticking her husband off."

She adds, "There are millions of women across our country who enter marriage with hopes and dreams about an ideal life partner, only to realize that the reality they are dealt with, is a far cry from all they had hoped and prayed for. But with the pressure on them to make their marriages work, they begin to over-compromise on practically every front. While a healthy amount of compromise and adjustments are a part and parcel of any partnership, being made to compromise on one's basic rights as a woman, is a sign of being trapped in a troubled marriage. I am extremely glad that the subject of Doli Armaanon Ki delves into the issue of - how much and on what fronts should a woman be open to compromise in a marriage and what subjects should constitute a deal-breaker where she stands up and says - Sorry! I refuse to put up with this! If the show awakens even a fraction of the women trapped in troubled marriages in our country and helps them find their voice, I will feel all our efforts have been worth it!"

KLDiva 6 years ago I like where the show is going - Urmi needs to stand up to the chauvinistic behaviour of her husband and show that this kind of behaviour is unacceptable and should not be tolerated.

MeeraHK 6 years ago Agree with suresh5555 lots of promises were done but its jst going the opposite way..Hope cv's shw urmi revolt...

chickky 6 years ago Applaud the team to come up with such a bold topic! Completely second your thoughts Neha! I sincerly wish the show will create the right amount of impact with the suppressed woman in families!

suresh555 6 years ago Can't be soon enough, I have zero patience with this show at the moment

Intrepida 6 years ago finally she will walk out, cant wait to see that!! its about time!

iPerfection 6 years ago Sooo excited! Finally! Go Urmi show sammy what u can! Wanna see u saying to him "Ey Shahbaash" in his face! hahaha i remember that scene when he said this to you lol

sashusa 6 years ago Waiting for positive change in samrat...hoping that he will come out of his male chauvinist saga...

Thapelo 6 years ago Finally Urmi stands up to Samrat, excited for the upcoming track Samrat definately needs a good punch in the gut to come back to reality and realise Urmi's worth in his life.