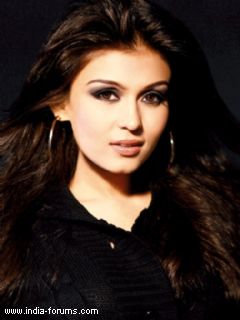 The very sweet and bubbly Simran Kaur who was recently seen playing a witch in Sony TV's popular show Anamika is not enjoying a break these days and now thinking to get back to work very soon preferably in a comic role.

TellyBuzz spoke to the actress to know more about her life after Anamika and her future plans. Simran says, "These days I am relaxing and travelling to different places. I have been to Bangkok and Punjab and I enjoyed shopping at Bangkok. Today only I was thinking that I should get back to work now and start with my meetings. Thankfully, I got calls for good roles during my break too. I want to do comedy but still I haven't got any offers for comedy. I want to do something different. Whatever I have done in my last 3 shows, has been different and I want to do something different with my 4th show too."

Talking about her recent fan experiences, she added, "I have had lots of fan incidents with my first show Love Ne Mila Di Jodi. The best thing is that they never lie; they say whatever they feel whether they like it or not. I had many fan encounters when I went to Punjab. I was surprised to see that even kids follow the show Anamika and they weren't scared of me. Young kids who were just 6-7 yrs. old proposed me for marriage (laughs); they were crazy. In Bangkok too, people used to recognize me as Anamika and I had to deny saying, 'I don't know what you are talking about (laughs)?'  This is the reason why I want to get back to comedy and stay in touch with my fans."

Simran, who is eager to do a comedy show, is in love with Kapil Sharma. She says, "I am in love with Kapil Sharma; a guy who can make you laugh... what else do you want (chuckles)? I try my level best to follow Comedy Nights With Kapil regularly. It's one of my favorite show on television right now and I would love to be a part of it. I think I am good with comedy as I have done a little bit of comedy in my first show. Anyone who is doing comedy is blessed because with so much of stress in everybody's life he/she is making other people laugh. You are just getting blessed by doing nothing and just making other people laugh. This is something which I am looking forward to. I want to make people laugh with my comedy."

We wish to see you back in a comic role very soon Simran!

jenny156 6 years ago You're the best best bestest ever, Simran Kaur !!
Come back sooon !!

-bonbon- 6 years ago Love you Simran Kaur!! You're the best!!

867swan 6 years ago Thanks for the article...miss you Simran...come back soon

-bonbon- 6 years ago Awww :) Simi didi you are gorgeous! Love it how you like making people laugh, taking risks and trying out different genres of acting

prernacda 6 years ago love comedy nights with kapil, why cant she be on the show, as kapils wife, new secretary...the show would definitely up its ratings...or the neighbour next door...who loves Kapil:)

wiera 6 years ago Omg finally an interview.. Miss u simi!! Hope to c u soon.. N hope to c u in a comic role..loads of luv