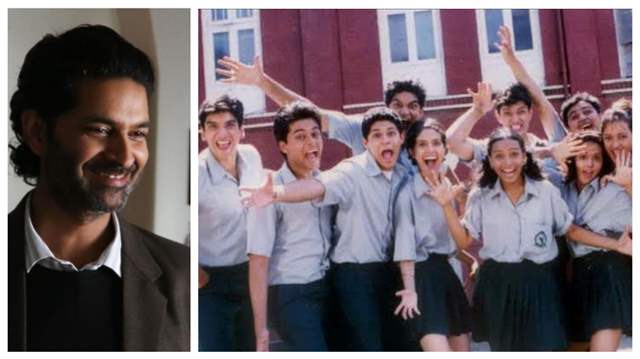 Some shows are indeed forever and one can only keep as much as possible once they have ended. India may have a different breed of TV shows running as of now but is has been responsible to some of the most iconic shows over the years too. One such show that arrived just at the brink of the millenimum was Hip Hip Hurray.

Ending just when the 20th century began, this teen drama was not just popular back then but has gradually formed a cult status over the years. Interestingly, the show clocked 20 years of going off-air only a month ago and there has been a constant talk about having a reunion for a long time now.

Actor Purab Kohli was a part of the ensemble cast of the show back then and recently in a fun Q&A with his fans, he was asked the same question -when will the reunion happen. To this, Kohli answered, “Well we keep on talking about Hip Hip Hurray cast reunion but again the makers have to figure it out. So, I think you need to ask the makers the question.” In the reply of another reunion question he wrote,” Yes, we are planning one soon. Hopefully once the lockdown opens up, we can do one.” 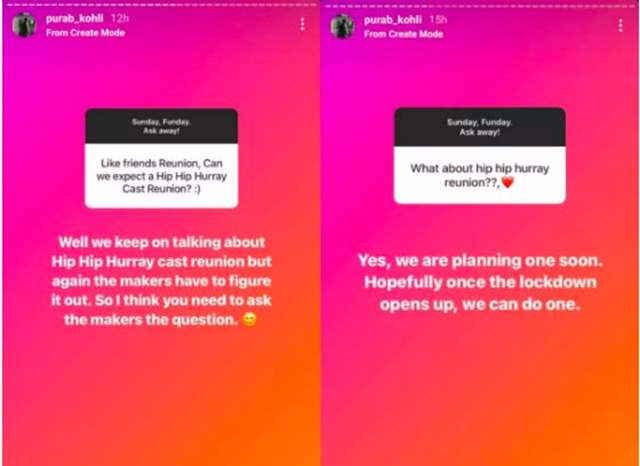 And while we are on the topic of Hip Hip Hurray, there were more questions related to the same where replying to the first thing that comes to his mind when he hears ‘Hip Hip Hurray’ Kohili said, “The DeNobili High School uniform with all of us wearing it!” Talking of his favourite memory from the show he wrote, “There are too many….Ofcourse spending time with all the actors… but Peeya, me and Vishal driving to shoot and back, the three of us used to have a laugh in the car… would be one of the finest memories”- 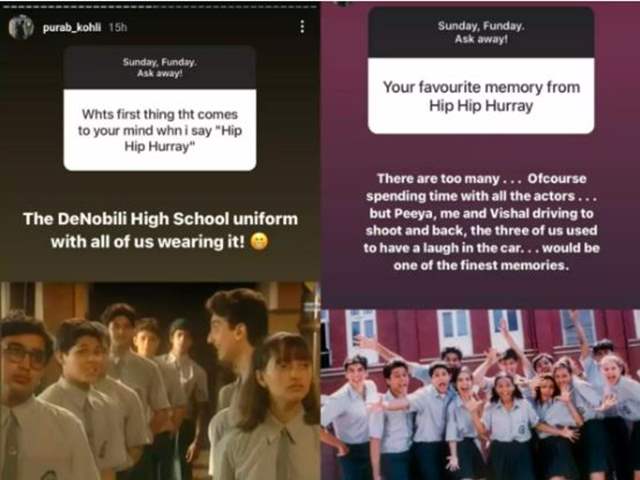 And when asked if he is still friends with the group of the show, he said, "Yes we are all in touch... we have a Whatsapp group and we chat literally everyday with each other!"

Well, we don't knot officially when the reunion will happen but with the Friends Reunion still abuzz, it does seem the trend is on. 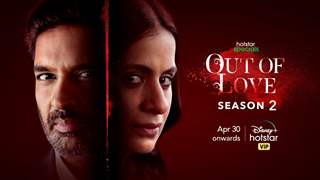 Revenge takes center stage as Out of Love starring Purab Kohli and ...