View Profile
Pulkit Samrat will be seen sharing screen space with Riteish Deshmukh in the upcoming film of Excel Entertainment, Bangistan. The two have become good friends and bond over a lot of things. So much so, that Pulkit has been picking up Marathi words from Riteish now. 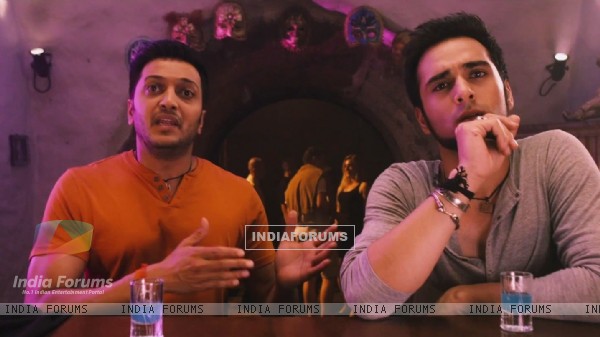 Owing to the fact that Riteish is so fluent with the language, he would speak Marathi often on set and otherwise. Pulkit is not a Bombay guy and he was very intrigued by it. He was born and brought up in Delhi and so the language was absolutely new to him.

Pulkit would often ask Riteish to translate lines for him which would also lead to a lot of jokes being cracked on set. When contacted Pulkit, he confirmed and added, "We have had a crazy time shooting for the film. Initially, when Riteish would speak to people from the crew in Marathi, it would all go over my head. But, eventually it has stopped sounding alien to me. I have picked up a lot of Marathi words."