View Profile
Bollywood has recently seen the female stars of the industry taking their toll in all areas of the fraternity, and this time is no different. Actress Priyanka Chopra is the latest addition to the much awaited remake of Zanjeer, and reports conclude that the Fashion star is to walk away with a handsome cheque signed to any leading lady in tinsel town yet! 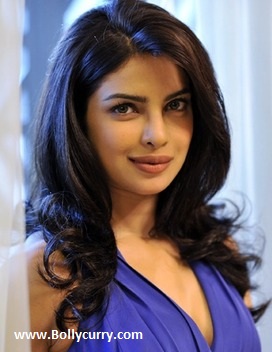 Chopra's previous success with Agneepath snuggled under her wing has certainly made directors hungry for the same triumph, and by casting this leading beauty in their latest ventures, they'll surely be set on the path to a commercial success worldwide.
Although the exact fee has been deliberately remained undisclosed by the actress, the 9 crores figure has been pulsing around B-Town like hot cakes. At the same time, the buzzing news is stealing the short-lived glory from actress Kareena Kapoor, who was the erstwhile highest paid actress for the movie Heroine, but has now been deprived of the title which crowns former Miss World, otherwise known as Piggy Chops, the highest paid actress in current Bollywood!
So will the actresses' paychecks keep rising just like their stardom? Or will it halt here for the remainder of the year?! BollyCurry will be first to let you know if this race continues!

After Ten Months Jacqueline Fernandez has Finally Re-united ...
6 minutes ago

Kangana Slams Anushka for Raising her Voice Against ...
33 minutes ago

'RadhaKrishn' Fame Vaidehi Nair Roped in For 'Brahmarakshas ...
38 minutes ago