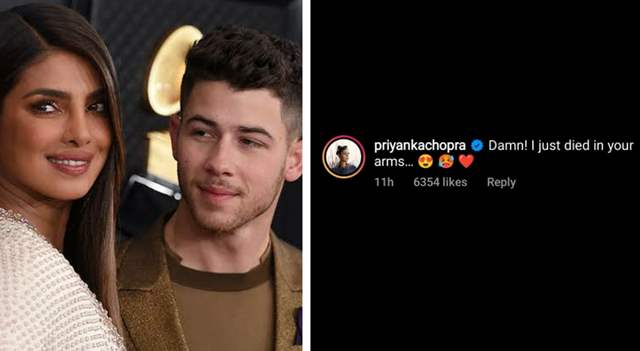 One development on and from international superstar Priyanka Chopra led the world to go in a frenzy last evening. As we know, the actor went on to remove 'Jonas' from her Instagram name which led to a splurge of rumors about separation from husband Nick Jonas.

While, mother Madhu Chopra came forward and denied all these rumors entirely, no official statement was made by either Chopra or Jonas.

And even now, there is no official statement from either of them but one comment from Chopra on husband Jonas' Instagram profile has led to pretty much deny all those rumors.

Her comment on one of the workout videos of Jonas read, "Damn! I just died in your arms… ."

Amid all these rumors, Chopra shared her poster from the upcoming much-awaited film, The Matrix Resurrections.