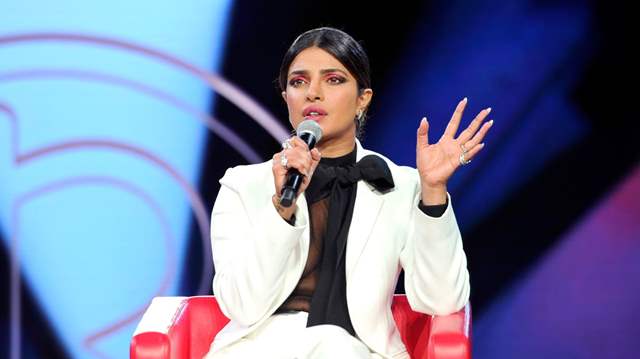 Priyanka Chopra has been scaling new heights with every passing day. The actress has carved a niche for herself on global level and has now become a known face in the west. With her hit series Quantico, she is currently one of the most popular actors in Hollywood.

And since then, there has been no looking back for her. She has starred in movies like Isn’t It Romantic, We’re The Heroes, Baywatch and more.

But, her now successful career in Hollywood, wasn't a cake walk for her.

Recently, during her interaction with Kabir Bedi while launching his memoir, 'Stories I Must Tell: The Emotional Journey of an Actor', PeeCee shared an anecdote from her initial days in Hollywood.

During the interview, Chopra revealed how Hollywood used to call her Shapra instead of Chopra but she also made it a point to correct them.

It so happened, Kabir Bedi was talking about finding roles in Hollywood as an Indian actor. He told that back then, Hollywood just wasn't writing roles for Indian, or Asians in general which was a bit difficult for Kabir.

Giving an example, Bedi said actor Ben Kingsley had to change his name from Krishna Bhanji to Ben Kingsley to be taken seriously and get roles.

Priyanka interjected and shared her story by saying,

But let me tell you. This is a couple of decades later when I decided to go and seek work in America. I didn't have to change my name but I did have to teach people how to say my name. Everybody would be like Priyanka 'Shapra-Shapra'. I said it is not Shapra. If you can say Oprah, you can say Chopra. It's not that difficult...

What I had to do as well--so funny that you are saying you had to do at that time-- was I had to be ethnically ambiguous to a certain extent, to be able to get mainstream roles. In Quantico, I played a half-Indian, half-American. All my bigger work when I initially joined Hollywood, I could not step out there with being Indian, because it was too alien for Hollywood.

On a concluding note she said,

I don't think, for a very long time, they understood casting an Indian person in a mainstream role in a leading part. So even now, it was extremely hard...

21 days ago Because Hollywood doesn't want Indians in their movies except as side characters. They have every right to not want them. Stop making such a big deal out of it!