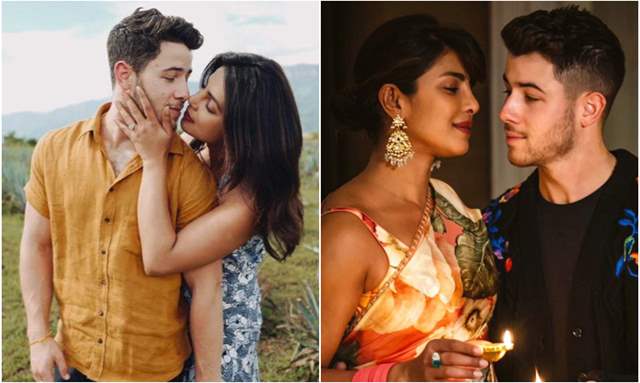 Priyanka Chopra recently appeared at an interview with Oprah Winfrey for an upcoming episode of the talk show Super Soul. The international icon extensively spoke about her relationship and marriage with husband Nick Jonas. In the new promo for the upcoming episode, Priyanka also mentioned being ‘swept' off her feet by Nick.

Taking cues from Priyanka's recently published memoir, Unfinished, Oprah asked Priyanka to open up about how her mother Madhu Chopra playing a prominent role in getting her to settle down with Nick.

The White Tiger star spoke about being apprehensive about dating the 28-year-old American pop singer owing to their age difference that was just one of the many reasons,

I did really judge the book by its cover. I honestly didn't take it very seriously when Nick was texting me. I was 35 and I want to get married and I want to have kids. He is in his 20s... I don't know if that's something he would want to do. I did that to myself for a while till I actually went out with him.

During her recent interaction with Oprah, PeeCee, revealed meeting Nick in person changed everything, “Nothing surprised me more than you know him. He's such a self-assured man, so sensible, so excited about my achievements, my dreams... you know. Such a true partnership he offers me everything that we do together."

The Sky is Pink actress asserted, her mother had a marriage of partnership and it was she who actually 'manifested' him in that scenario.

Priyanka Chopra and Nick Jonas share a 10-year age gap and they met for the first time at the Vanity Fair Oscars party in 2017. This was the first milestone in their forever love story.

Smitten by her beauty, Nick was the first one to approach Priyanka on Twitter by sending a direct message to her, reading, ‘I’m hearing from a mutual friend that we should meet.’

The adorable couple tied the knot, on December 1, 2018, at the Umaid Bhawan Palace in Jodhpur which was followed by multiple lavish receptions.