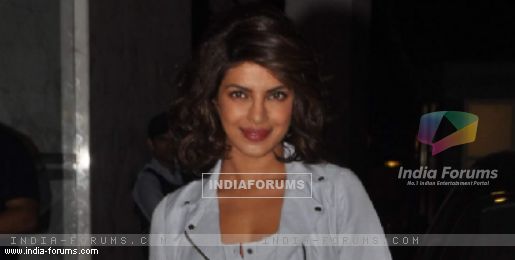 In the intriguing three-minute trailer of Priyanka Chopra's American television series "Quantico", the Bollywood star is in search of truth as FBI Agent Alex Parrish.

"Here it is, The trailer of #Quantico! Say whaaa? Me so nervous!!!," Priyanka tweeted on Tuesday.

The trailer quickly chronicles the journey of Priyanka from being a trainee at FBI academy Quantico to being the main suspect in a terrorist attack.

Spelling style in the titular character, the trailer sees the "Mary Kom" star on a quest to prove herself innocent.

Priyanka sure does grab eyeballs with the trailer of "Quantico" which marks her television debut. But her fake accent is a big turn-off.

To be aired on ABC this fall, the series will see Priyanka alongside Dougray Scott, Jake McLaughlin, and Johanna Braddy.