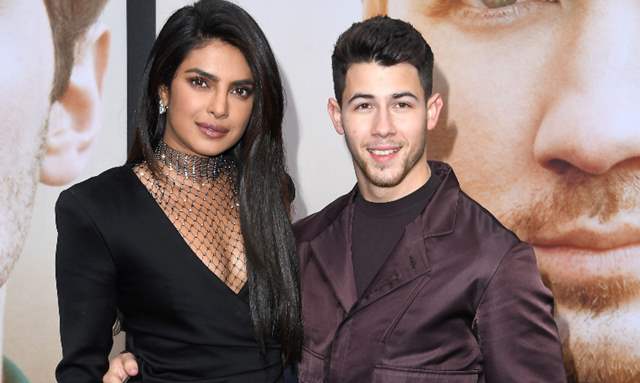 George Floyd’s homicide has shocked the entire world and people have come to the streets leading to protests. These protests against racial injustice have not only sparked an uprising in the US but across the globe and they continue to surge.

While the demonstrations for #blacklivesmatter continues, actor Priyanka Chopra and her singer husband Nick Jonas have lent their support to the cause.

Nick and Priyanka took to their social media to support the movement in the US against racism after the demise of George Floyd due to police brutality.

In an Instagram post, Nick wrote that he and Priyanka were extremely disturbed by the ‘systemic racism, bigotry and exclusion’ in the US and around the world. He added that they have donated to the Equal Justice Initiative and American Civil Liberties Union.

He tweeted, ''Pri & I have heavy hearts ... The reality of the inequalities in this country, and around the world, are glaring. Systemic racism, bigotry and exclusion has gone on for far too long, and remaining silent not only reinforces it, but it allows it to continue.''

He further added, ''The time to take action is NOW. It’s no longer enough to say “I’m not racist”. We must all do the work to be ANTI racist and stand with the black community. In our first step towards our continued efforts to help fight this fight, Pri and I have donated to the @eji_org & @ACLU''.

In conclusion he wrote, ''We stand with you and we love you. #BlackLivesMatter #JusticeForGeorgeFloyd''.

Meanwhile, Priyanka too took to her Instagram stories to share Nick's tweet. B-town celebs including Karan Johar, Vicky Kaushal, Sara Ali Khan, Ishaan Khatter, Tara Sutaria and many others on Tuesday stood in solidarity with the Hollywood entertainment industry as they observed 'Blackout Tuesday'. They posted a black box on their handles to lend their support to the movement.

Earlier, Priyanka wrote an Instagram post, condemning racism. She also said that she was praying for George’s family.