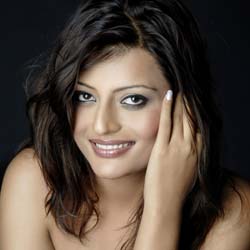 Priyaa Arya is stepping back into acting with a friendly cameo role in Colors' Madhubala - Ek Ishq Ek Junoon. A multi talented personality who has dabbled in acting, creative and writing , she was also a creative with Balaji's Pyaar Kii Ye Ek Kahaani will play a Filmi mother in the show.

According to our source-"Priyaa Arya will play the character of a super star mom.She is a funny character and her entry there will mark a major twist in the show".

We contacted Priyaa who confirmed the news- "Yes, I am doing a cameo in the show and it's very interesting and funny character. I was into creative when Umesh Yamgaar convinced me to take up this character."

SnakeEyes 8 years ago MEIEJ team rocksss DD you are a Princess...

AshleyAngelena 8 years ago ALL THE BEST MEIEJ TEAM YOU ROCKSS LOVE YOU DD...!!!

dras67 8 years ago Madhubala-EIEJ team is getting interesting, Drashti rocksss

anan67 8 years ago Madhubala-EIEJ team is getting interesting, Drashti rocksss

SnakeEyes 8 years ago MEIEJ team is getting awesom day by day seems like we have everything in the show fun, cuteness, action, romance, drama

Neil Bhatt talks about prepping up for Ghum Hai Kisikey ...
-6 seconds ago

Pooja Bhatt: "Alcohol was my drug of choice", Opens Up about ...
12 minutes ago

Taapsee Pannu: Will ‘break all ties’ with Anurag Kashyap if ...
54 minutes ago