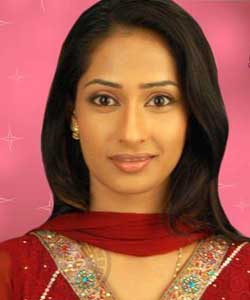 Colors' Uttaran is seeing a lot of twists and turns these days with the re-entry of Vansh (Rohit Khurana) and his  revelation as Tiger. Latest reports suggest that there is a shocker in store for the viewers as Priya Marathe is all set to make her entry to the show.

A source says, "Priya Marathe who was last seen in Zee TV's Pavitra Rishta will enter as Ruby. She will portray the role of Tiger's girlfriend."

TellyBuzz tried contacting Priya, but all our efforts were in vain.

Priya has already started shooting and her entry will be aired in the coming episodes of the show.

Will Ruby's entry pave for another twist to the tensions between Ichcha (Tina Dutta), Veer (Nandish Sandhu) and Tiger?

Meena_J 8 years ago LOL, why is colors dragging this show? When will it end? im tired of this hichki-chuia lalaa tapu crap already

-GreenEnvy- 8 years ago i was seriously convinced this show had ended. why the hell is it still running!?!?

pesi11 8 years ago It was a number 1 show once ..but not any more ..time to shut down this show ...colors ..have mercy on us n stop this crap

Keva 8 years ago Can Colors please shut down BUN. It is time to bid farewell to all three shows. It is ridiculous that these shows are continuing without any concept at all.

Colors and their Colorless shows.

LimitLessFan 8 years ago Goddd, Band karo Ye Atyachar , shut karo ye bekar show , useless one . and its still running and hoping to be back on NO.1 position with negativity , useless show kahi ka