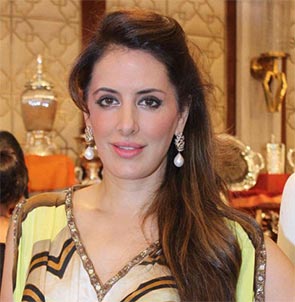 "I am really looking forward to the interesting proposition that come my way. I am doing my own show on TV and it's called 'Born Stylish With Pria Kataria Puri' so I am really excited about that show," the designer told IANS on the sidelines of India Resortwear fashion Week 2013.

Pria, who created the wardrobe for the remake of 1973 film "Zanjeer", will make the formal announcement very soon.

"The show will see me interviewing international designers for 15 minutes and Indian style icons for 15 minutes. It will be an interesting show," she added.

From international designers like Tom Ford and Valentino to Indian trendsetters like Ranbir Kapoor, Katrina Kaif and Deepika, the show will have the best of style guides from around the world.

"It will be a style programme like 'Koffee With Karan'. We will have terms like 'divaliicious', so we have Deepika sharing her opinion on the word on our show. Then we will show Tom Ford, known for his 'divaliicious' designs," she said on the concept of the show.

Pria, who styled Priyanka Chopra for the "Zanjeer(2013)" remake, says the show will be informative and entertaining.

"This is the first time I am coming on TV. This has been going on for the last six months and I want this to be my platform before I take up other work," said the designer known for her sensuous and glamorous kaftans the world over.