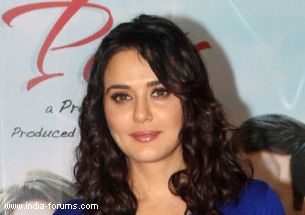 According to media reports here, the BJP is keen to rope in Preity to fight against Priya Dutt from the North-Central Mumbai constituency.

When asked about the same by a follower on social networking platform Twitter, Preity responded: "Where did you read this? Please tear that paper because it's 100 percent UNTRUE."