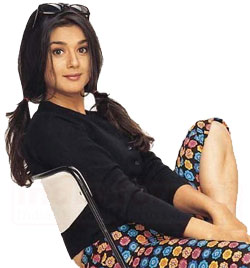 Featured Video
Indian Premier League's Mohali team, suffered a minor injury during its formal launch in Mohali, on the outskirts of Chandigarh.

'I don't know how it happened,' Preity said. 'But in the melee at the launch (Monday), an elbow came and hit me straight in the eye. I had to go through the event with a black eye wearing dark glasses.'

Eyewitnesses said there was a huge rush at the launch, and somebody appeared to have thrown something at Preity. As one of her bodyguards lunged to catch whatever had been thrown, his elbow appeared to have hit Preity in the eye.

After the event, the actress spent the evening nursing her eye with ice packs.

'It will swell a bit. I guess it's bound to happen when one is in such situations,' she said.

The IPL Mohali team is led by Yuvraj Singh. The tournament starts April 18.