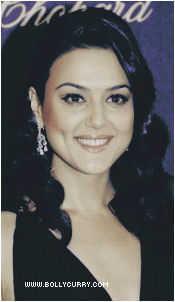 s hounded with the overbearing media even at the location of the holy temple at Shirdi.
Reportedly, the media happened to create a ruckus on seeing the actress present, and failed to give her the peaceful lone time she was there for. The actress is mightily miffed with the media's callous behavior and has gone on to express her displeasure on her twitter page: "Good morning! Went to Shirdi yesterday and came back with memories of media pushing me instead of the serene face and energy of Sai Baba (sic)" ((c) Twitter).
The bubbly actress, who decided to take this holy trip to feel uplifted, has come back feeling only deprived from Shirdi. She even went on to plead the media to respect a person's genuine devotion to God and questions them as to why a holy place like a temple has become so commercial.
She believes that today's media is in desperate need to create news ever second minute, no matter how trivial or personal a matter is. She insists that the media show more respect towards sensitive matters like these.
Well, we agree with your stance Preity and here's hoping the media realizes their mistake soon!
Editor(s): Medha & Jenifer.
Graphics: Sanober.
24 Likes