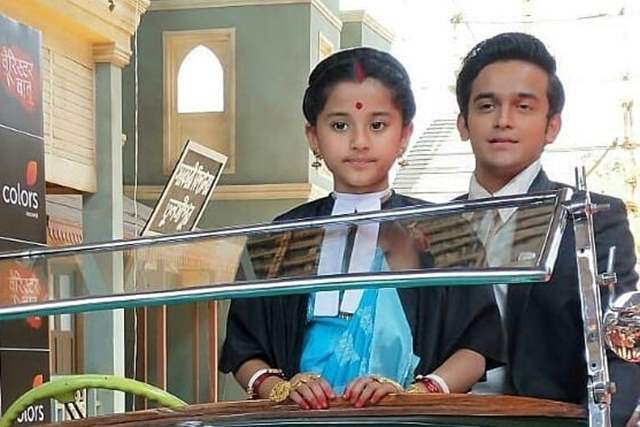 Colors TV is all set to launch it’s upcoming show Barrister Babu which will premiere on 11th Feb 2020. The show revolves around a young girl who gets married in her childhood to a grown up Man. As the show evolves, the boy helps the girl to get proper education to become a Barrister one day.

In an exclusive conversation with the cast of the show, they spoke to us about their characters,

Talking about his character Pravisht says, "I portray the role of Anirudh who is a Barrister and has studied from London. He comes to India and sees that there is a lot of problems in this society, there is a lot of discrimination regarding Gender. Anirudh wants to put his voice against such things and he does so and something happens when he has to marry Bondita. Then, Bondita continues asking questions as it is in her nature and she gets an Anirudh who answers all her questions. Her questions are a voice to all the things against the society. Anirudh always support Bondita and he feels that there should not be any discrimination. Women should get proper education and move ahead. By practising the same thing, Anirudh teaches Bondita and makes her the Barrister. It is very important for such shows to be made and I am lucky to be a part of such show."

Are you excited for the show? Let us know your views in the comments below...

Is The Younger Bondita in 'Barrister Babu' Getting Replaced? - Pallavi ...

Pallavi Mukherjee Opens Up on 'Barrister Babu' Resuming Shoot & Why ...

Rhea Made Financial and Professional Decisions on Sushant’s ...
2 hours ago
View More
TOP