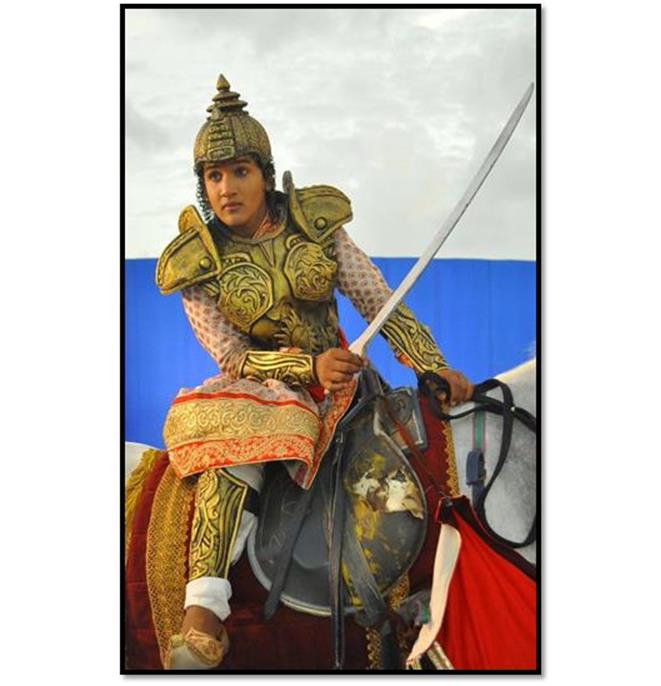 The popular historical saga of Sony Entertainment Television's Maharana Pratap is all geared up to relive the history with the Maha yudh between Marwar and Mewar. Udai Singh (Shakti Anand) and Pratap (Faisal l Khan) are all set to face the powerful army of Mewar.

In the upcoming episodes, viewers will witness never seen before action and drama. Raghavendra will be badly injured while fighting against Mughal Army. Pratap rushes to help Raghavendra and try to distract the Mughal army by putting the sets row of huts on fire.

The twist in the tale is that Chakrapani will be found in one of the burning huts. Pratap will haste to save his best friend but on the other hand Kheta and Ratansi are killed by Mughals in the war.

Will Pratap win over the powerful army of Mughals?

Deepika.31 6 years ago WE LOVE YOU MP!! Hope the war sequence is going well for your team as it is for us viewers!


Faisal khan it feels great to read about your accomplishments.Proud to be your fan .

Droolicious 6 years ago Waiting to see the end of war

Fiery 6 years ago Faisal Khan you are a natural actor !!

standardanamoly 6 years ago faisal acting is superb in maharana pratap

_NeverMind_ 6 years ago Faisal Khan plays Pratap Singh so well.
The emotions emoted by him were so touchy !!

Fiery 6 years ago This show is awesome .