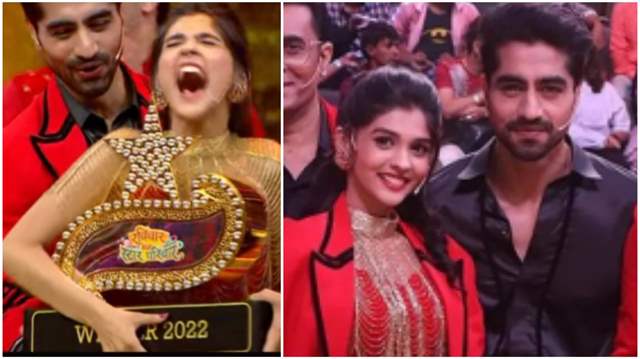 After months of entertaining the fans with the unique show, 'Ravivaar with Star Parivaar' is set to wrap up. The show started with the quest of finding the best parivaar from Star Plus family. Needless to say, the show brought a lot of smiles, tears and ofcourse joy in the viewers life. There was drama, masti, romance, struggle stories, emotions and songs in the show. People got to see their favorite characters of Star Plus shows at their candid best.

The show brought up a new and interesting sides of Imlie, Anuj, Virat and others which wasn't known to their ardent fans. And as the show marched towards the last leg, the competition was quite tough.

Finally, Imlie, Anupamaa and Yeh Rishta Kya Kehlata Hai families reached until the last round. Imlie and YRKKH families were both on two points and needed to guess one song right to win the title. And, Pranali Rathod who plays the character of Akshara in YRKKH pressed the buzzer first and sang the right song and it turned out to be the correct answer. In no time, Manish played by Sachin Tyagi lifted Pranali up in his arms while she enjoyed the moment.

While it was a competition, the actors bonded pretty well and soon Anupamaa and Imlie played by Rupali Ganguly and Sumbul Touqeer respectively came ahead and congratulated Pranali for the win.

Are you happy with YRKKH family lifting the trophy? Hit the comment section below.

Zara 2 months ago Knew they would win! Yrkkh team is the best

+ 4
2 months ago Congratulations to the YRKKH parivaar!!!🥳🥳🥳