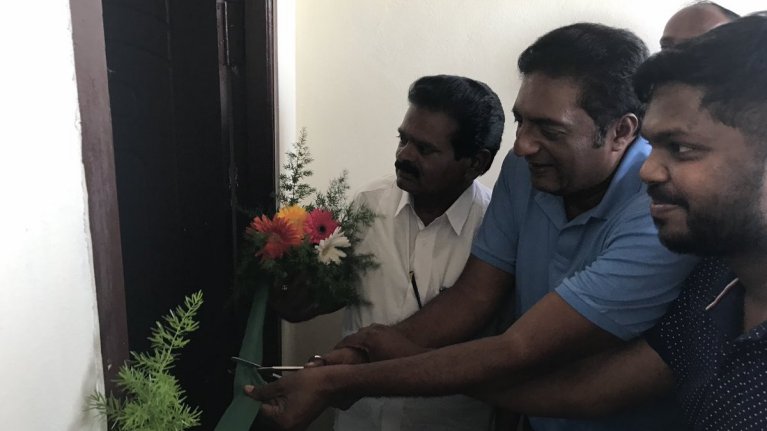 Actor Prakash Raj gifted a house to a poor Muslim family in Telangana on the occasion of Eid-ul-Fitr.

Known for mostly playing a villain on screen, Prakash Raj has become a real life hero for the family of Chotte Mian in Kondareddypalli village of Mahabubnagar district.

The actor, who has adopted the village and took up various development works during the last few months, tweeted:


Prakash Raj Foundation constructed a new house for the poor family. Chotte Mian, his wife and three daughters were earlier living in a house which was in a dilapidated condition.

The actor, who visited the village on Monday on the occasion of Eid, posted a few pictures on Twitter.

He was seen cutting a ribbon to formally inaugurate the house. He was also seen interacting with the villagers.

The actor also posted a picture of the Muslim family standing in front of their newly built house.

Even Without a Film, Salman Khan Releases a Special Surprise For Fans ...

Eid Mubarak: TV Celebs pour in their wishes for the festival!

Navina Bole all set to make her comeback post Pregnancy in ...
7 minutes ago

Jiya Shankar roped in to play the new lead in the second ...
19 minutes ago

Ananya Khare to play a pivotal role in Rashmi Sharma's next ...
56 minutes ago