The ace actor and famous dancer of the film industry Prabhudeva is all set to groove on the stage of Sony's Jhalak Dikhhla Jaa this coming weekend. He will be seen as a celebrity guest on the show and will be performing too. The actor was last seen in Zee's Dance India Dance. 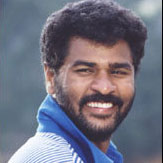 Featured Video
Prabhudeva had a wish to dance with choreographer Saroj Khan. "He came and danced his heart out on the Jhalak floor. When he expressed his desire to Saroj ji, she was more than welcome to share the floor with him, and they literally set the stage on fire", states our source.

Alongside he enjoyed all the performances of the finalists. "Though everyone could sense the absence of Hard Kaur, Karan, Baichung and Gauhar gave their best performances."

"Prabhu was eagerly waiting to see the performance of the footballer and after watching it, he was thrilled that a sport person can do so well," concludes the source.

The Grand Finale of the show which was earlier to be on 23rd May has now been postponed to 31st May.

Well, as we wait for the Finale with bathed breath, the stage belongs to Prabhudeva this weekend... 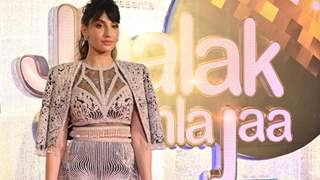 andyreal 13 years ago He is really great in Dancing. Jalak Final episode would be more interesting with the presence of Prabhudeva

he is jus awesome in all his works

waiting for the final epi

13 years ago I love Prabhudeva, he''s truly the master at dancing!

@sonia bajwa: I don''t think Hard Kaur is coming back. Somewhere I think I had read that the judges had to be convinced that it is impossible for her to come back...