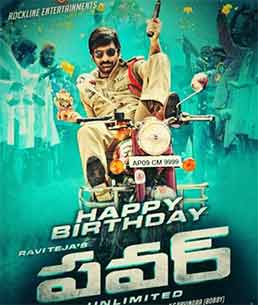 The makers of upcoming Telugu actioner "Power" have decided to shoot an important chase sequence in Bangkok soon, and they plan to spend a lavish Rs.2 crore for it. Bollywood stuntman Allan Amin will choreograph the sequence.

"For an important chase sequence, we will head to Bangkok soon to shoot it. This particular chase sequence will cost us about Rs.2 crore. We have roped in Allan Amin, who has worked for films such as 'Dhoom' and 'Rang De Basanti' to supervise this stunt," the film's director K.S. Ravindranath told IANS.

The cast and crew of the film will leave for Bangkok in the first week of May.

"We will shoot for a week in Bangkok from May 3 to 10. The action sequence will feature Ravi Teja, Ajay, Sampath Raj and Subba Raju," he added.