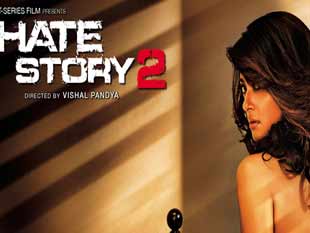 The trailers of "Hate Story 2" are being talked about for the bold scenes involving actress Surveen Chawla. But the actress says shooting for one sequence involving sexual violation left her suffering from a temporary nervous breakdown.

"I was completely into my character and when I had to perform a violent abusive sexual scene with Sushant Singh, I was feeling as though the experience was actually happening to me. I began to relate to women who go through sexual abuse and the trauma it causes," Surveen said in a statement.

"I felt the pain, agony and the helplessness of a woman subjected to sexual subjugation. I was weeping from inside and outside while performing these scenes. These scenes were very demanding," she added.

Surveen took a while to come out of her character, but she now truly believes that "if a woman has to endure this treatment from a man, she is better off alone."