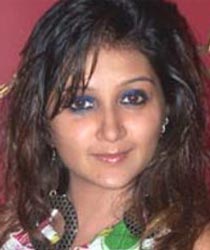 Poonam Gulati who essayed the role of Shubra in Zee TV's Saath Phere has now ventured into films, and will be seen in Rajshri Productions' upcoming movie, titled 'Isi Life Mein'...

The film is centered on the lives of two teenagers who belong to today's world, who believe that a person not only has the right to dream, but also has the capability to accomplish all the dreams.

Rajshri Productions for the first time will be venturing out of their regular territory of family flavour, and will be dealing with a youth based story.

Poonam Gulati confirmed the news and said, "Yes, I am part of a movie of Rajshri Productions. The film has a youth based subject. The main characters will be played by new faces. The title of the movie is 'Isi Life Mein'. My character is very positive, a very today's girl who is independent and outgoing. She loves to shop and enjoy life".

8 years ago Mohnish Bahl is the lucky mascot of Rajshree productions ...their greatest hits were MPK ,HAHK ,and HSSH ..he was in all of them !

+ 2
10 years ago god for her, oh i love rajsri romantic films, even if all of their mvoies is the same all the time :)

+ 2
10 years ago Whenever Rajshri tries something out of the family stuff, it flops!!!!