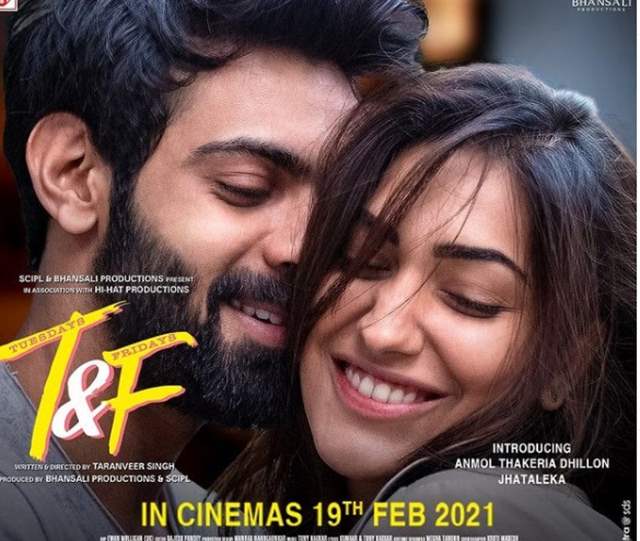 Still there is an array of films that have a big question riding on - will they have a theatrical release or a direct-to-digital release. The situation, when it comes to theatres is getting better indeed but it will be a while till we see big films releasing on big screens and furthermore, flocks of people coming in to watch it.

Nevertheless, there are some films that have been planned and scheduled for a theatrical release already and one of them is a film called Tuesdays and Fridays.

The film has been backed by none other than Sanjay Leela Bhansali and is written by Taranveer Singh. However, the film is all the more in news for the fact that will be the debut of actor Anmol Thakeria Dhillon and also for newcomer actor Jhataleka. As known, Thakeria Dhillon is veteran actor Poonam Dhillon's son. "Happily ever after, will make your heart skip a beat! Presenting the first look of #TuesdaysAndFridays. See you in cinemas on 19th Feb," Bhansali Productions posted on their official Instagram page along with a poster of the film featuring the lead pair.

Apart from this, Bhansali also has his much-awaited directorial film Gangubai Kathiawadi up for release soon.