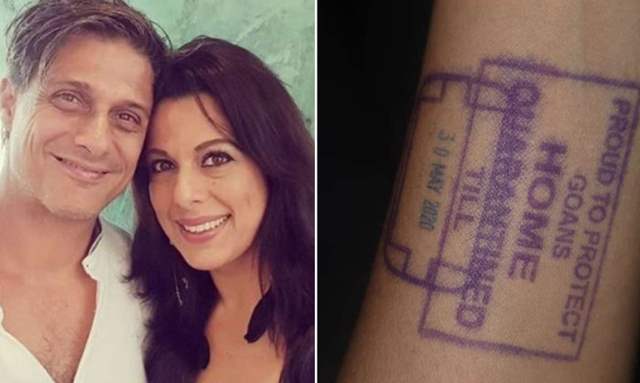 The world has been on a standstill since the coronavirus outbreak and celebrities are doing their best to help the government by contributing to monetary funds. While the nation remains under lockdown, government officials have been taking up the right measures to curb the spread of COVID-19.

It has been a difficult time for everyone since the officials have barred anyone to make any unnecessary travel plans.

Pooja Bedi has been making it to the headline after she recently opened up about traveling to Goa with her fiancé Maneck Contractor. As per the rules followed by each state she was kept in quarantine there.

The 50-year-old was subjected to troll when she posted a video about the condition of quarantine facilities that she and her fiancé were subjected to. She received a lot of backlash for reportedly using her celebrity status and tantrums at the quarantine center.

Bedi in her latest interview said that the purpose of making the video as she didn’t want healthy people to get infected.

In an interaction with BT, she said, “I didn’t want healthy people to go into the facility, get infected and bring the virus into Goa. My intention was to reveal the condition there and it should have been taken in the right spirit. However, I was trolled for being an ‘outsider’ and a ‘celebrity’. I’m used to being trolled, but this was disheartening. People were insinuating that we had used influence to get into Goa, which is not true.”

Bedi was also quizzed about the quarantine center and said, “If you see the video, you will understand my outrage. We were traveling from a sanitized home, in a sanitized car, hoping to go to yet another sanitized home in Goa, and then, we are subjected to facilities like that. Forget sanitizing, the facility was not even clean and lacked basic hygiene. In a quarantine facility, proper sanitization is absolutely essential.”

She continued,  “We chose not to ask for a single favour and conducted ourselves like law-abiding citizens with all documents in place. I love my fellow Goans, but a celebrity entering the state should not be viewed with prejudice. How can they call us outsiders? We have created these borders, but the virus doesn’t see borders. It’s absurd to have that kind of reaction from people where they say ‘go back to the state you belong to’. We are not outsiders in any state, we are Indians.”

Recently, when an internet slammed her for criticizing Goa, the actress had a prompt response, justifying her acts.

Pooja and fiancé Maneck Contractor have reportedly been told to remain in home quarantine till May 30.

Kangana Ranaut Gets Massive Support from Twitteratis after Receiving ...

Praneet Bhat's wife Kanchan Sharma roped in for 'Kahat ...
a minute ago

exclusive
Exclusive Mohit Malhotra talks about reuniting with Hina Khan, if ...
48 minutes ago