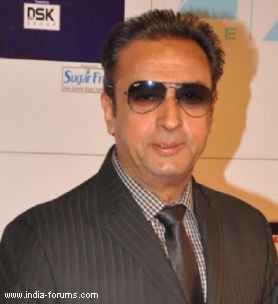 Actor Gulshan Grover, who earned the 'Bad Man' tag thanks to his portrayal of numerous villainous characters on the screen, will continue the trend with "Leader". He says someone has to be a fantastic actor to play a villain.

The actor is thankful to baddie roles that helped him attain name and fame in filmdom.

"I'm very happy and grateful to the filmmakers and the audience - for so many years, I have been playing villain on the screen (and they accepted me)," he said.

"I have also played good characters like in 'I am Kalam' for which I won numerous awards. But having played villain has brought me name, fame and stardom and I love it," the actor said here Sunday at the first look launch of the film "Leader".

In his over three decades long career, the 58-year-old has wowed with his villianous performances in films like "Ram Lakhan", "Lajja", "Hera Pheri", "16 December" and most recently "Bullett Raja".

Talking further about his love for playing baddie on screen, Gulshan said: "An actor loves to play characters that are challenging. I think playing a villain is extremly challenging, it requires someone to be a fantastic actor to play a villain."

In the upcoming political drama, "Leader", the actor will be seen as a corrupt politician.

The film has been produced by megastar Amitabh Bachchan's personal make-up artist Deepak Sawant, while it has been written and directed by Abhishek Chadha.

It features Big B and his wife Jaya Bachchan in key roles.