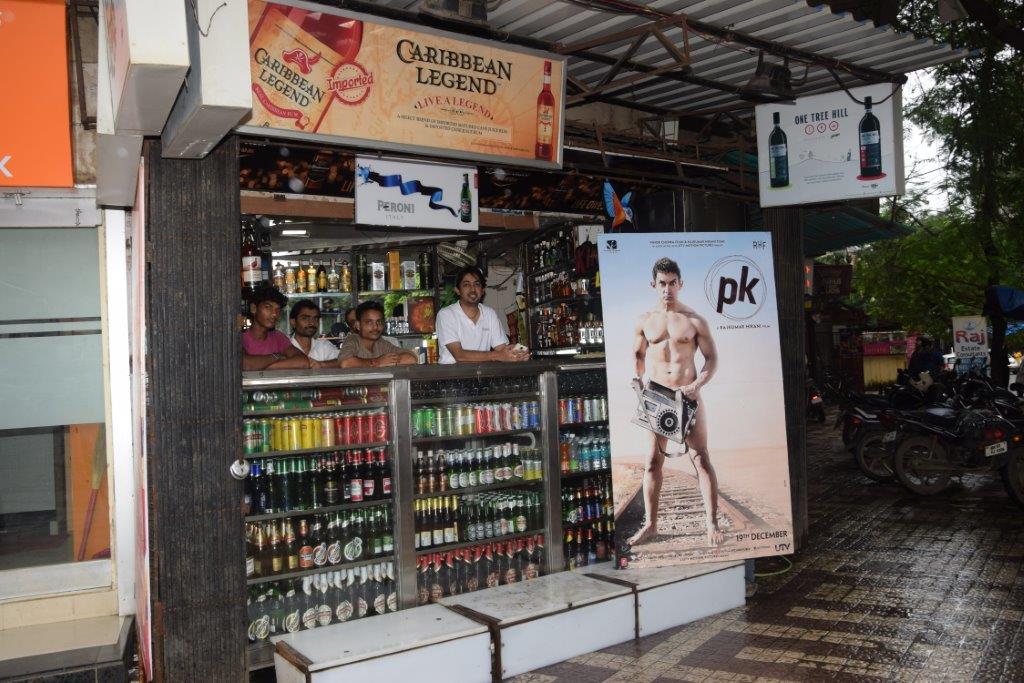 Aamir Khan is going to be seen as a drunkard in his upcoming film P.K. Wine shop owners have decided to cash in on this by placing the film's talking standee in their shops.

Aamir Khan's upcoming film P.K. created a huge buzz with its first poster. It has been the the talk of the town.

The team of the film has put up talking standees of P.K. all over the city. The standee has the poster image of Aamir Khan and he talks in bhojpuri when one goes in front of it.

After a little to and fro the makers have given a go ahead. The talking standee will soon be seen at various wine shops across the city.