Lucknow, Feb 22 (IANS) Crackers were burst and sweets distributed in Uttar Pradesh's Rampur Dabai village Monday as 'Smile Pinki', a documentary about a girl from the dusty hamlet whose cleft lip made her a social outcast, won an Oscar.

Nirmala Devi, the mother of the film's protagonist Pinki Sonkar, was proud that her daughter's shy smile had managed to woo the jury of the 81st Academy Awards.

Hundreds of villagers, carrying cutouts of Pinki and raising slogans in praise of the little girl who was once ostracised because of her cleft lip, lined up outside Nirmala Devi's small hut to congratulate her.

'It's an honour for all of us that a poor girl has put this village on the international map,' village head Pradeep Vishwakarma told IANS on phone.

'We were overjoyed when we saw on news channels that the documentary on Pinki had won an important award,' he added.

Legislator Anil Kumar Maurya said: 'Pinki has made not only Rampur Dabai village, but the entire country proud. She has achieved a feat which most of us had not even imagined.'

The 39-minute documentary traces Pinki's journey from being ostracised to being treated like a normal girl after a social worker helped her undergo surgery.

'As a filmmaker who focuses on social issue documentaries, it is rare that I get into a film knowing we're likely to have a happy ending. So, I was excited to tell the story of this beautiful hospital and a team of doctors and social workers treating their patients with such compassion and quality care and making a positive impact,' said Mylan. 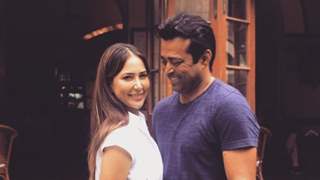