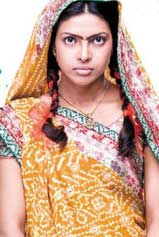 Featured Video
dy for release soon. The film is in the news for Priyanka's 12 different characters as per the 12 zodiac signs. The latest  on the film is about one of Priyanka's character named Jhankana, which bares a striking resemblance to one of the most famous telly soap character, Anandi of Balika Vadhu! Jhankana is a poor village girl who got married at an early age, very much like Anandi in Balika Vadhu. For the Balika Vadhu look, Piggy Chops put on dark makeup, made two pigtails and wore sari.


If source are to be believed, director Ashutosh is very influenced by Anandi's character. That could be the reason he decided to use this character in his film.


Although Jhankana's look is not an absolute copy of Anandi, but there are striking similarities - like the pigtails, Rajasthani veil and baandini ghagra, do lay a heavy suspicion on the 'inspiration' behind the this look of Piggy Chops!


Even Jhankana, is a victim of child marriage just like Anandi! So is this just a coincidence? 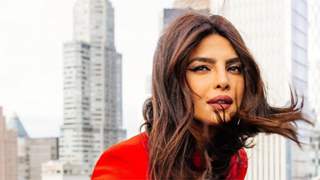 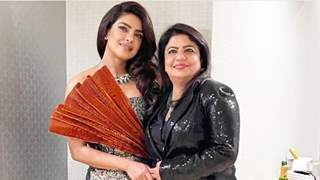 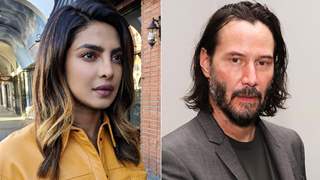