View Profile
Its a Weekly column of Telly Buzz where you all will get to see Best Scene of the week,Style Icon of a Particular show and Bloopers which you might have failed to spot !! So keep enjoying Serials through our eyes,special thanks to the Dev team of respective shows for their Inputs!

Eklavya wears Lakshya's clothes and sehra, and no one notices that "Lakshya" has grown almost a foot taller, has longer hair, and a beard...
Featured Video
Lakshya and KT romance and are caught by Sunny & Hitesh
, Ekalvya is agitated - having seen a vision of Lakshya and KT passionately dancing...


Since it was a shaadi episode, everyone was looking quite stylish!!!

It was when Raju,Chameli and Kaajjal were at the temple. Where Raju confessed his love for Kajjal and she was sitting really close to but she didn’t hear a word where as Ameesha who was standing way down the stairs behind a wall heard Raju and Chameli’s entire conversation. This proves Ameesha is a horse
When raju and kajal had a fight where kajal accuses raju that he purposely lied to her that he is Dev in the parking lodge and Raju says that it was kajal who hugged him first in the bedroom and he won't deny the fact that his heart likes her and nobody can rule his heart.Style Icon is Dev aka Apurva Agnihotri. He looked million dollar in that cream colored sherwani. A passionate and sexy Rambo

Sagar spills Hot coffee on Harsh's face but his face doesnt get burnt..maybe he was vary of his looks so refused the directors to spot a scar.When Sagar and Bharat hugs each other as Bharat knows that he is acting to be an insane but he cant reveal this to other family members , the scene is very cute and acting by both of them is stupendous!Tushar aka Indraneil as he is sporting a totally new look teamed up with cool Jacket and a new Hairstyle!
Contact Author: nishitha 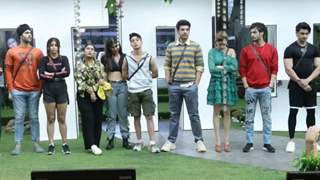 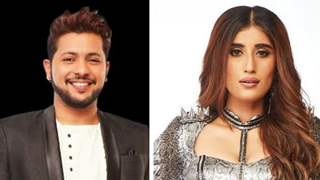 14 years ago Nishu great job!!!
YOu had to say about Neil's new jacket, LOL.

14 years ago At first I didn't know it was by you but when I saw that last comment on Neil, I thought, Who else?! Yay!! Really great article! I also loved that scene from Kajjal and Dev? Sooo hot!

+ 3
14 years ago Lovely article Nishtha! All of them were great!