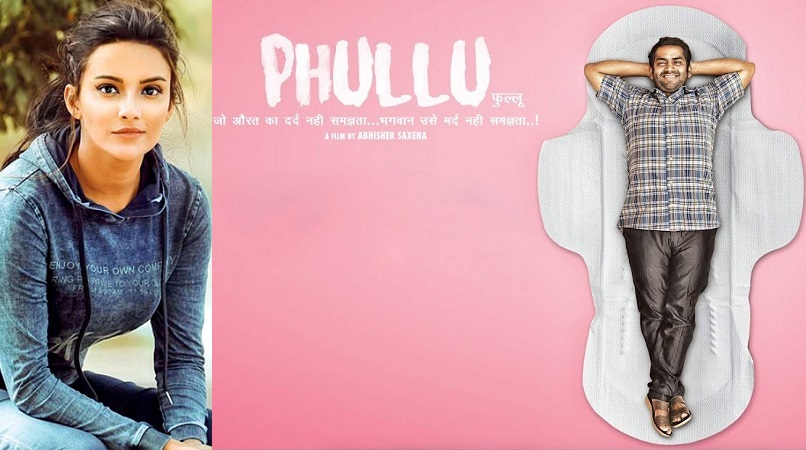 Jyotii Sethi and Sharib Hashmi, lead actors of "Phullu" -- a film aimed at spreading awareness on sanitary pads -- say they are not ashamed or uncomfortable in talking about menstruation to anybody.

Jyotii, who plays the female lead, says she is totally at ease talking about the natural process of menstrual cycle even with a male member in her family or society if needed.

She feels that in a progressive society, it is pointless to make a natural process of a woman's body taboo.

Asked if there was any discomfort with the subject of the film, Jyotii told IANS: "No, not at all. In fact, I got goosebumps when I was sitting through the narration because I related to the character so much/ Even my mother did not allow me to use a sanitary napkin when my menstrual circle started.

"She told me that napkins have some harmful chemical."

Directed by Abhishek Saxena, the film "Phullu" talks about the journey of a man who tries to create awareness about sanitary pads among women and starts making cheap pads to help them. However, he faces a lot of flak as the villagers through him out of the society.

Giving an insight of her character, Jyotii said: "I am playing Phullu's wife who has a very crucial role in his journey because she made Phullu aware of chums and how as a woman she struggles. It's an interesting character."

But does that image in the film bother her?

"No, I am proud of the film and the subject because it creates awareness among women about the use of sanitary napkins. It talks about getting rid of the social taboo. What more rational and progressive image can an actress get in her first film?"

Born in Uttar Pradesh, brought up in Punjab, the actress started working in South Indian and Punjabi films before entering the world of hindi cinema with "Phullu."

"I am a pan-India actress. Glamour does not bother me much, but the story does. So I am open to acting in any film -- whether it is regional or Bollywood," concluded Joyti.

Deblina Chatterjee to be seen as Lakshmi in Vighnaharta ...
13 minutes ago

Here’s why Akhilendra Mishra initially denied playing the ...
15 minutes ago

Sushant Searched about Painless Death, Trouble in ...
22 minutes ago

Rishina Kandhari talks about resumes shooting, her perfect ...
44 minutes ago

Yeh Rishta Kya Kehlata Hai: Kartik to take care of his ...
55 minutes ago

Sushant Singh Rajput fans gear up for a second round of ...
55 minutes ago