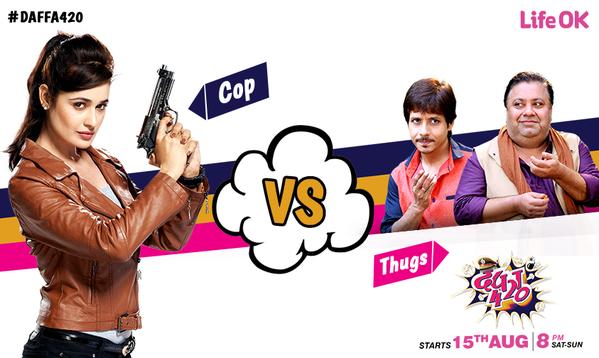 Yuvika is quite adamant to get the shot right. Hence seems like she has taken the feel of her character to a new level.

Yuvika who is seen donning the avatar of a cop in Daffa 420 is serious on getting the character right. Daffa 420 is a crime series on Life OK. The story line revolves around a lady inspector who fights against crimes and criminals. The plot of the show is very similar to Sony TV's CID.  Recently, while shooting for some scenes Yuvika was spotted shooting with a real gun.

According to reports Yuvika took tips from her uncle who's a cop. She also started shooting with a real gun but soon had to switch to a fake one. As the real gun was heavy and she had bruised her hands. The action sequences that were shot were difficult and Yuvika very well managed to get the character right.