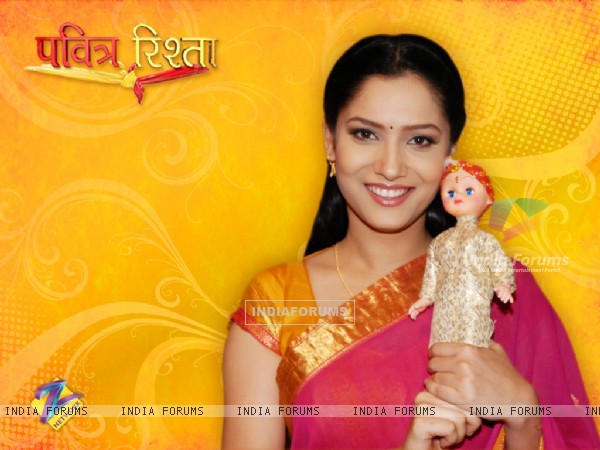 Pavitra Rishta, a long running popular show of Balaji Telefilms on Zee TV is grabbing many eyeballs with it's high intense drama. Audience was witness to a court room scene earlier where Ankita Naren Karmarkar (Ankita Lokhande) has filed a case against Raunak Shirish Karmrkar (Ranjeet Singh), for the rape of Mansi (Aparna Dixit) who is Ankita's younger sister.

As per the current track Shekhar (Karan Suchak) is a lawyer who is fighting case for Raunak and is seen insulting Ankita and her sister Mansi in the court room. He accuses Ankita that she is a selfish person who has married Naren only because he is a rich business tycoon. And now she is playing awful trick along with her sister Mansi to trap Raunak in a false rape cases to get more money out of Naren's family. He blames Ankit's father as well that he had borrowed huge amount of money from the Karmarkar family to clear off his loan and has no intention to return it back. Thus Shekhar requests the judge to dismiss the case but the court gets adjourned till the next hearing. Later, Ankita gives an open challenge to Shekhar that she will not let him win this case.

Now the show will see some happy times too as the upcoming track will show a party sequence which is shown to be organised for a birthday and has been specially thought of since the producers of the show Balaji Telefilms are also the producers of the film Shaadi ke Side Effects. As per our sources, "This party is organized for on occasion of Raunak's birthday where Raunak and Naren will be seen dancing together on a song from upcoming film Shaddi ke Side Effects. The party ensures that there will be another drama too. Naren will ask Ankita to admit in front of the press that she is ready to take back the case which she has filed against Raunak as he is innocent and if she does not do so then she has to leave Karmarkar house forever. Ankita will deny to do so and will immediately leave Karmarkar house."

So, even as you guess who will win the case, enjoy the party in Pavitra Rishta!

abhilan97 6 years ago Best show of Indian Tv!!!! Hats off to u Ankita!

Ayeshazain 6 years ago We miss the cute scenes of Ankita & Naren. Plzzz end the 2 boring track, 1 : Arjun , purvi , ovi & pia 2 : Ronak & Mansi rape case we want our cute & sweet Ankita's Smile back. Plzzz all the tracks of Pavitra rishta depend on Ankita becase she is the soul of Pavitra rishta...

Simran.. 6 years ago love you Ankita Lokhande.. Gudluck for this track

Angelina.. 6 years ago this track sounds interesting, waiting to c Ankita's fight for her Sis.