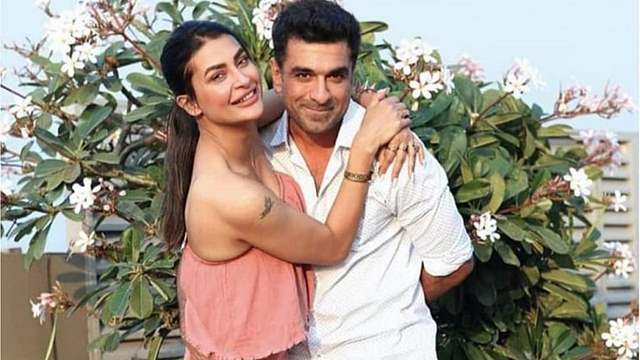 Bigg Boss 14 contestant Pavitra Punia has been in the news both during and post the show. The actress is often seen posting photos with beau Eijaz Khan and talking about their relationship. In a recent interview with The Times of India, she spoke about their equation at length.

Ask her about the age gap between the two and she said that it is not something that bothers her and cites the example of people from our parents' generations. She questioned how what makes a 10-12 year age gap an issue and she does not think there is anything wrong in falling in love when you are 33 and the man is 45.

Pavitra also spoke about belonging to different religions and stated that the families know about each other, and everyone is advising them to go slowly and know each other. She mentioned how while her mother is a little worried since there is a difference of culture, her father is extremely chilled.

Pavitra also addressed the issue of being trolled on social media and mentioned how she wants to break the stereotype of celebrities not giving it back to trolls. She says if someone posts nasty comments against Eijaz, she will give it back and says that she knows how to teach people a lesson. She questions why can't we abuse trolls just because we are celebrities and are expected to behave a certain way. She feels that nothing she does gives trolls the right to judge them and everyone is a human being with the same emotions, which is why one should maintain that dignity and respect each other. She said, ''Trolls can’t start mimicking us, making judgments about us or abusing us. And if these trolls write from their real ids we can still make you understand but they make fake ids and start abusing us. I am sorry I am not one of those celebrities who will sit back and just enjoy the celebrity status. I will give it back to them.''

About life after BB14, Pavitra says it has been beautiful and people know her by her name, helping her earn it back and she feels amazing. She added how it has also been good work-wise as she has things in the pipeline but delayed happened due to the pandemic.