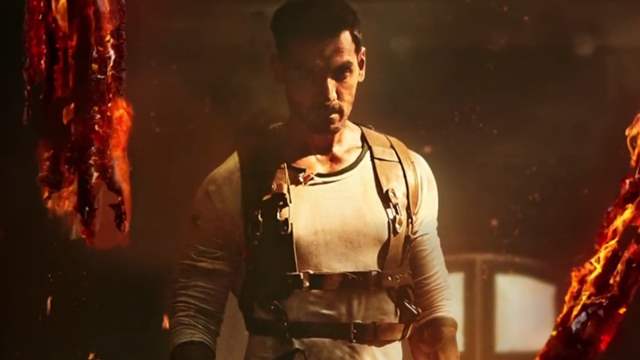 Today the superstar took to his social media and shared another motion poster introducing John Abraham who plays a pivotal role in the film.

"He’s tough and plays it rough! Presenting @thejohnabraham in #Pathaan. Celebrate #Pathaan with #YRF50 only at a big screen near you on 25th January, 2023. Releasing in Hindi, Tamil and Telugu."

No wonder John looks tough as ever and is all set to kick in some high-octane action in the film. Sharing the same on his social media John wrote,

He further shared the poster and wrote,  "The mission of a lifetime is about to start."

For the after unversed, SRK is making his comeback after four years from an action thriller film 'Pathaan' alongside Deepika Padukone and John Abraham. Helmed by Siddharth Anand, the film is among the most awaited films and is slated to hit the theatres on January 25, 2023.