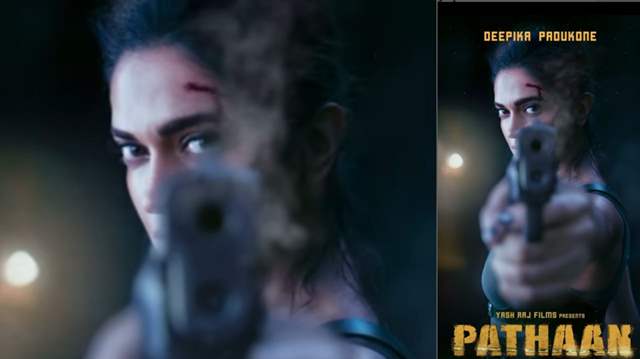 Thus the directors chose to share the first look of SRK in and as Pathaan on June 25, which also happened to be the actor's 30th birthday. YRF has unveiled a glimpse of Pathaan's leading woman today, July 25th, which marks six months to Pathaan, and Deepika Padukone looks super bold and fierce in it.

Talking about Deepika and how she is an actress, director Siddharth exclaimed,

“Deepika Padukone is a massive, massive star (I have to say it twice) and her presence in Pathaan makes our film even more exciting and grand. No one has yet seen her look in Pathaan and we are thrilled to present a glimpse of her in our action spectacle. Deepika has a fierce role that will blow everyone’s mind.”

Siddharth claims that Deepika will have a magnetic aura in Pathaan. He says,

“I have worked with her very early in her career and have seen her evolve over the years into a completely different and hungry actor. The first look of Deepika Padukone in Pathaan hints at her magnetic aura that people will be a witness to.”

With blockbusters like Om Shanti Om, Chennai Express, and Happy New Year, SRK and Deepika are one of the most famous on-screen pairings of all time. They recently sizzled in Spain after leaked Pathaan set photographs went viral on the internet. The glamorous duo shot a tremendously popular song in Mallorca, with SRK flaunting an eight-pack body and DP in her bikini body.

+ 6
2 months ago Woohoo DP.. looking intense. Can't wait for another movie of yours with SRK :)