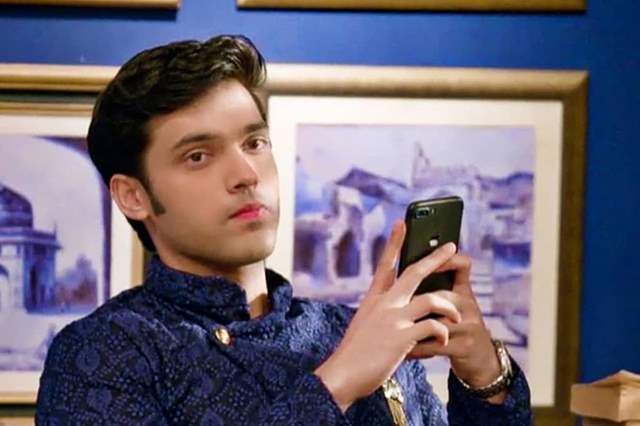 The past several days have all been about how actor Parth Samthaan is all set to quit Kasautii Zindaii Kay 2, where he plays the role of Anurag. Even though Samthaan never quite confirmed the same, there were even reports as to how a good replacement search is already on as Samthaan was sure to quit. However, the saga seems to have finally come to a close where, according to a report in Bombay Times, Samthaan will not be quitting the show.

The report said that producer Ekta Kapoor and Samthaan finally had their talk and everyting was resolved. It mentioned that Samthaan's apparent demands of higher remuneration and shifting the focus of the show on him has been accepted by the makers and hence, the actor has decided to continue with the show.

Thus, the track and focus will now shift to Samthaan, Erica Fernades aka Prerna and their on-screen daughter while Karan Patel and Aamna Sharriff continue to be integral parts of the show. Apart from this however, the report also said that there is a lot of buzz that the show will be leaving its primeslot and will be shifted to an early primetime or a late night slot. In all probabilities, Saath Nibhana Saathiya Season 2 will be taking over Kasautii's slot when it arrives.

What do you have to say about all these developments? Leave in your comments below.

ThePhilosopher 1 months ago Just give it a rest. you already ruined your chance of making a positive impression with this show. It has been a constant disaster. How much longer do you expect this to rise? According to the news, Parth did not want to play a father to a 10 years old? Are they going to kill her off now to suit his demand?

RapChick101 1 months ago They’ve ruined the first season of KZK by bringing this trash to sequel it with. The actors, as popular for and because of their other work, aren’t even close to the prequel’s performers who got the prequel to better and untouched heights! They should’ve shut the show, end it. It’s almost funny to see them carry on w this show frankly!

BeyondHorizon 1 months ago This show is utter crap but the only ones to be blamed are its audience. If they had rejected it, Ekta would have shut it down much earlier. Thanks to audience, we are stuck with regressive shit on TV.

Neonholic 1 months ago This show is sooooooo shitty that even better i stare at my surroundings for 20 mins. It has no morals, no values, no friendship, no bond, no love, nothing. EK better shut your shit shop and get out of Tv !!

mansaf 1 months ago All what I have to say about this show of Ekta : You Are Waisting Your Valuable Time. Go open a book much better.