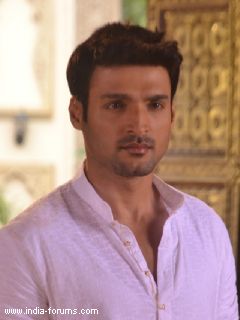 Colors' popular show Bani - Ishq Da Kalma which is going through lots of exciting twists and turns in its storyline is all set to bring forth some more big twists in its upcoming track. Parmeet who is feeling dejected will take a big step of ending his life by hanging himself.

Our source says, "In the upcoming track of the show, Parmeet (Gaurav Chaudhary) will confess his crime that he has killed Bani. His confession will lead towards more tension in the house and eventually Manpreet (Nitika Anand) will suffer from a heart attack. Looking at his mother's condition getting worse, Parmeet would be released from the jail on a bail. Even this won't be helpful in getting Manpreet out of danger as she will be declared dead. After Manpreet's death, Parmeet will feel guilty thinking that he is responsible for Manpreet's death. Later, he will realize his love for Bani (Shefali Sharma) and will propose her saying that both of them should get married and start a new life to which Bani denies."

Our source further adds that, "The disagreement of Bani to Parmeet's proposal will lead towards Parmeet taking a big step. He will think of ending his life by committing a suicide and he hangs himself."

Will Parmeet really die or gets saved anyhow? The upcoming episodes of Bani will unfold the twists and turns of the current storyline.

7 years ago Omg manpreet!! I don't want her to die! She is the support system of all the women in the bhullar house. And why would an innocent person die for someone else's deeds?!
Parmeet can't die either! Because:
1. He needs to suffer more mentally to realise the consequences of his deeds. It was not just about him and bani, it was about the entire family. And see how it has affected all.
2. He has starting to fall for bani and now has to do ALL sorts of things to get back to her. I have started to like them as a couple but I want him to WORK HARD for her. And I know bani loves him too so I think she deserves all the love but after parmeet's realisation of her importance.

But seriously, way to go ahead Bani-Ishq da kalma. Great story and wonderfully inacted by everyone. Congratulations!

+ 2
7 years ago so now permeet will force bani to marry..

7 years ago Now very Interesting track so waiting for this...love u Baani.

7 years ago Actually Bani should Save him. Why should he get such an easy death with no punishment for what he has done to Bani?
Parmeet should go to jail and serve his time and when he eventually gets back he should go on a journey of reforming himself not just of what he's done to his family but his outlook on life and how it isn't so easy.
They could just end the show with him going to jail but like other dramas they will bring Parmeet back and have a love story between him and Bani.

7 years ago They should end his life...it is appropriate ..

+ 4
7 years ago Interesting twist... loving the karma turning back on Parmeet...