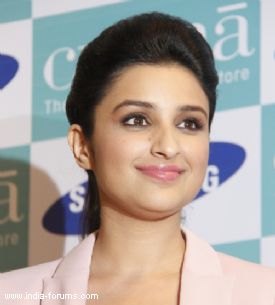 Actress Parineeti Chopra essays the role of a "mad scientist" in her forthcoming film "Hasee Toh Phasee". She says it's something never seen before on the big screen.

"I wish I could tell you everything about my role. I play a scientist who is actually a little mad. It's something that I have never seen on screen," the 25-year-old said here Friday at the first look launch of the film.

The promo shows Parineeti in different looks and she says the film will surprise the audience with what it has to offer.

"We only show a teaser of the film in the trailer and I can assure you that you will be surprised to see the reason behind all the madness that you have seen in the promo," Parineeti said.

"The film has much more than what we can show in the trailer. I can assure you that you will get a big surprise when you see the film," she added.