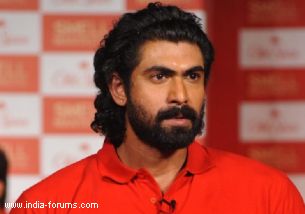 Filmmaker Parasuram, known for films like "Solo" and "Yuvatha", will team up with actor Rana Daggubati for upcoming Telugu family entertainer "Chuttalabbayi", expected to go on the floors in May.

"I narrated the script to Rana because I know for a fact that he hasn't worked in a full-length family entertainer so far. He instantly liked it and agreed to be a part of it. We are not sure when we plan to go on floors, but we hope to do so by May," Parasuram told IANS.

He says he hasn't cast anyone else for the film as yet.

"Only Rana has been finalized. The rest of the casting process will take time because Rana is busy shooting for two films currently," he added.