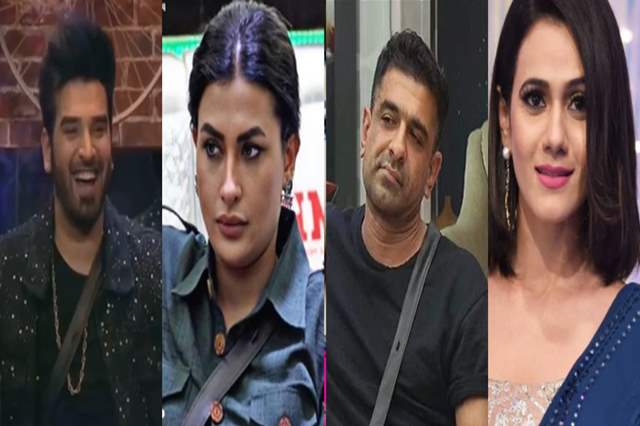 Bigg Boss 14 witnessed some really huge developments in the past couple of days where on one hand, Abhinav Shukla got eliminated from the show while on the other hand, Nikki Tamboli is the first official finalist of Bigg Boss 14 after Rubina Dilaik won the Ticket to Finale task and handed it to Tamboli.

And while all these news continue to be shocking for fans, actor Kajal Pisal, who has also been an avid Bigg Boss watcher especially supporting former co-star Devoleena Bhattacharjee wasn't impressed with Paras Chhabra's decision.

Talking to SpotboyE, Pisal said "I feel Paras is not at all a good connection for Devoleena. As a viewer and as much as I know Devoleena she herself was not very excited to know that Paras is coming as her connection to support her in the game. She must be expecting her friend Rashami Desai."

She added, "Looking at what has happened yesterday in the episode, I feel sometimes it is well-planned by makers to favour their own people. Like Paras knows it's Eijaz Khan's and he would have no way favoured him as regards to his ex-girlfriend Pavitra Punia. He smartly diverted Devoleena and got her out of the race in the first chance only. Devoleena wanted to support Rakhi but Paras was in complete support of Rubina Dilaik. However, I am happy that Devoleena sensed this that he is actually supporting her which will eventually benefit Nikki Tamboli."

We wonder if the fans of Chhabra and Bhattacharjee agree with the actor.

3 months ago Paras Chabra is playing dirty games not called for.