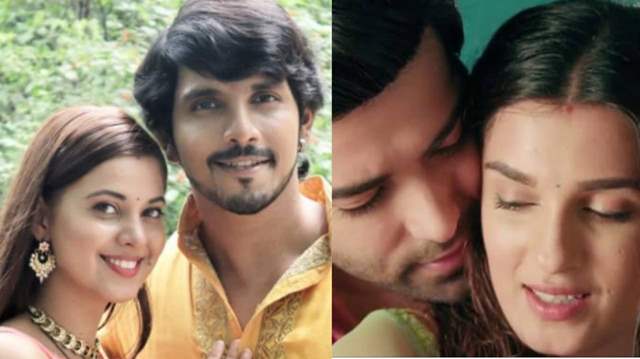 Star Plus show ‘Pandya Store’ is getting very intense with each passing episode. The current track of the show revolves around Dhara getting to know about her miscarriage. She gets to know that Gautam decided to abort the baby. Dhara is going through an emotional turmoil and is extremely depressed.

In the forthcoming episodes, she will have a major break-down and she lashes out at Gautam for taking the decision of letting go of the baby. Dhara will also reprimand Dev, Shiva, Krish, Rishita and Raavi for supporting Gautam and not stopping him from doing the crime. She will also call Gautam a murderer.

Meanwhile, Kalyani and Anita will try to knit plans to spoil the happiness of the family as they are already going through a low phase.

India Forums has learned about an interesting twist that can be expected. According to our highly placed sources, Shiva and Raavi will soon consummate their marriage and might have a baby before Gautam and Dhara. The source revealed, “The entire plan of getting Shiva-Raavi together is for them to have a baby before Dhara-Gautam. The creatives are still brain storming on the track and coming up with various twists. Nothing is confirmed as of now”.

1 months ago I have a feeling that this rumour has been circulated by the makers themselves. To test the waters perhaps?

1 months ago Dear god! I hope not. The makers should give Dhara a positive pregnancy track at some stage or raise awareness on different options!

1 months ago Bakwaas!! show some progressive track rather than this baby donation crap. Besides shivi story has so much potential, don't ruin it, take inspiration from the original version. Its not just the bechari FLs who guarantee good trps, strong FLs too are preferred by viewers.

1 months ago N.O. thanks but absolutely NO Thanks. no giveaway black Friday sales/ giving Tuesday donations! stop anymore baby/bachcha talks/tracks -- ratehr focus on STORE- PAndyaSTORE. loan- growth - family bonding- healing for GauRa & progress for ShiVi. No Baby donations! it's a joint family. Kids are raised altogether. No need to swap parents! For the heck of it. Just like how bhabhi's tara would have been all family's baby- Dev-Rishita's baby will also be loved by all. So will be Shiva-Raavis. baby giveaway in family is SiCK. Unsettling. the unnecessary idea for a show set in joint family context. period. This show just got done with the most absurdly sick adultery track (disguised by creators to run it as 3rd angle blah- but was pure cringy adultery crime) Don't start another. And why Raavi & Shiva? Raavi is an orphan. her marriage is not been normal like that of Dhara or Rishitas. Let Raavi atleast have her child. Let her at least work on her marriage first. Let Raavi & Shiva progress their relationship in positive way. They have not even had a normal conversation about recent Misunderstandings, stalker imposition by suman, Shiva's compliance -- Let them first clear out their feelings for each other. Let them get together for LOVE.- FOR EACH OTHER. family, bhabhi & whole world can come later. Bachcha toh definitely not now -and definitely not for others. It will create as much upset as it created for adultery. including TRP drop. Certain. Let ShiVi be. focus on the Progress of their Lovestory. Focus on PANDYASTORE- STORE. focus on loan kaand, how the family deals with it & how they come out with strengthening their lifeline: PANDYASTORE.

+ 5
1 months ago What nonsense is this? If you don’t have the spoilers confirmed , stop speculating. Do they know where both are in their relationship, that they are ready to have a baby? Even last week at the divorce hearing the counselor was saying that they are acting like children and fighting constantly, now suddenly they have the maturity to have a baby? Where is the trust, understanding, respect and love part we wanted to see? They haven’t had a decent conversation since episode# 111 and today they showed a little bit of it. Shiva-Raavi are the only option for Dhara? What about adoption? What about surrogacy?

+ 3
1 months ago This is dumb! The baby was way too premature. If the mother cannot survive how can the baby? Also in the original it’s Dev Rishita who have the kid first. Not Shiva Raavi

1 months ago IG has also not that trustworthy anymore. I just hope this isn't true. People waiting for Shivi from last 8 months and now too they will get this will be injustice to the loyal fans who has been with the show even after soo much shit being shown. Shiva who can't even even speak in front of Raavi, who is soo shy to hug her back and all will have baby. Hadh hain

1 months ago *sighs deeply*Just why?

1 months ago What the effffffff , I refuse to believe this bull shit

1 months ago Love Pandya Store. I think this is not the right time for the track