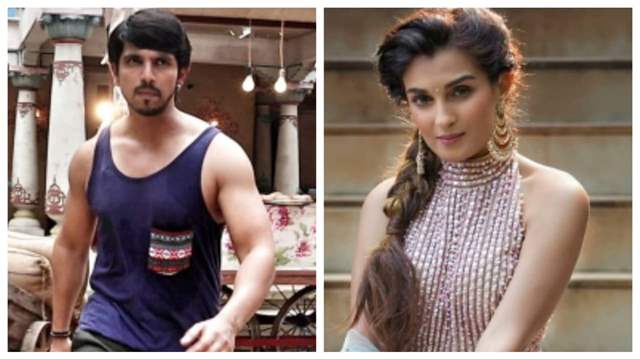 Star Plus show Pandya Store is getting a lot of love from the viewers. The show is riding high on intense drama. The current track of the show revolves around Shiva being framed by Janardhan in a smuggling case. Rishita refuses to believe that her father Janardhan is behind the conspiracy and hence has decided to prove his innocence. Shiva works on a plan B, according to which he has made documents which can prove that he has no relation with Pandya family and their property; so that Pandya Store is saved.

In the upcoming episodes, Gautam and Suraj reaches the police station. However, at the nick of the time, Suraj runs away. Shiva tells Gautam about the plan B and asks him to sign the documents. Gautam rubbishes the idea and reprimands Shiva for thinking that the family will disown him. Later, Shiva gets adamant that he would surrender to the police. Dhara tries to convince him and ask him to change his mind but in vain. Dhara and Krish kidnap Shiva and keep him at Hardik’s house. Dhara informs the same to Raavi while Prafulla mami overhears the conversation and learn that Shiva is hiding at Hardik’s place.

Furthermore, Gautam decides to visit Janardhan’s house to confront him directly and check on Rishita as well. Prafulla mami sneaks at Hardik’s house and learns that Shiva is hiding there. She calls police. Few police officials reach Hardik’s house and points the gun at Dhara.

+ 2
2 months ago Finally getting to see Dhara 1.0 and her unique bond with Shiva. Shiny Doshi and Kanwar Dhillon’s acting was amazing. Love the cast of Pandya Store

2 months ago Dhara and Shiva bond is getting back to what it was now! Loved it ❤

2 months ago Loving Pandya Store . The tracks are balanced with fun moments. Shiva and Dhara's bond is beautiful

+ 3
2 months ago Loved Shiva and Dhara's bond in Pandya Store today! KD and Shiny are doing a really great job, along with the rest of the cast